A quintessential filmi baccha – a term gleefully given by his mentor, Karan Johar on KWK 5, Varun Dhawan is a bonafide star kid to reckon with. The spunky millennial has traversed a long way from graduating as a Student Of The Year in 2012 to being the sombre Dan in Shoojit Sircar’s October this year. If the massive metamorphosis in his choice of roles was intriguing, Varun and his go-to fashion stylist Akshay Tyagi have tapped the nascent men’s fashion realm and thrown us a curveball with his sartorial game. Over the years now, Varun Dhawan has modelled himself as the contemporary fashion aware millennial who never shies from experimenting. Dabbling into anti-fits, neo-Indian ensembles, crisp suits to smart casuals, Varun combines it all with an enviable ease and élan. If IIFA 2017 extravaganza saw Varun ring in that signature dapper demeanour, he is all set to raise the bar with IIFA 2018. He has teamed up with his BFF and ace fashion designer/stylist Kunal Rawal for his dapper shenanigans.

Speaking on his association with the IIFA fraternity, Varun Dhawan said, “IIFA has always held a special place in my heart but that bond became even stronger after Wizcraft and IIFA offered me a chance to pay tribute to my father’s legacy through a special performance last year. I am very excited to put on an amazing show for everyone in Bangkok.” Last year saw Varun clinch a coveted spot in the 200 crore club with his film Badrinath Ki Dulhania, also garnering critical acclaim for his honest performance as Badri. The latter half of 2018 saw him woo the audience with the double roles of Raja and Prem in the rib-tickler, Judwaa 2.  Here's a closer look at his dapper demeanour, all the way from Bangkok, Thailand for IIFA Rocks 2018 - a musical extravaganza hosted by Ayushmann Khurrana and Kartik Aaryan. 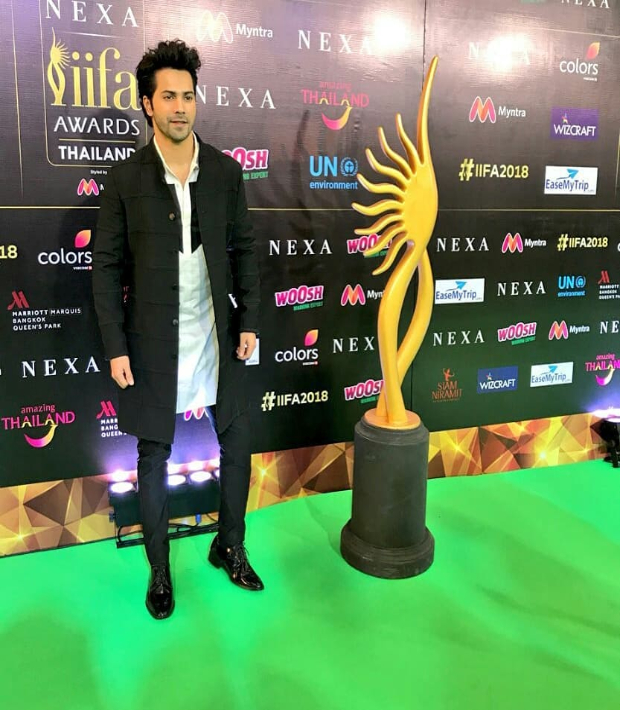 Varun ringed in a monochromatic vibe with a longline coat, a white long kurta shirt underneath and fitted pants. Glossy shoes, gelled and raised hair, stubble and that signaure cute smile rounded out his look. 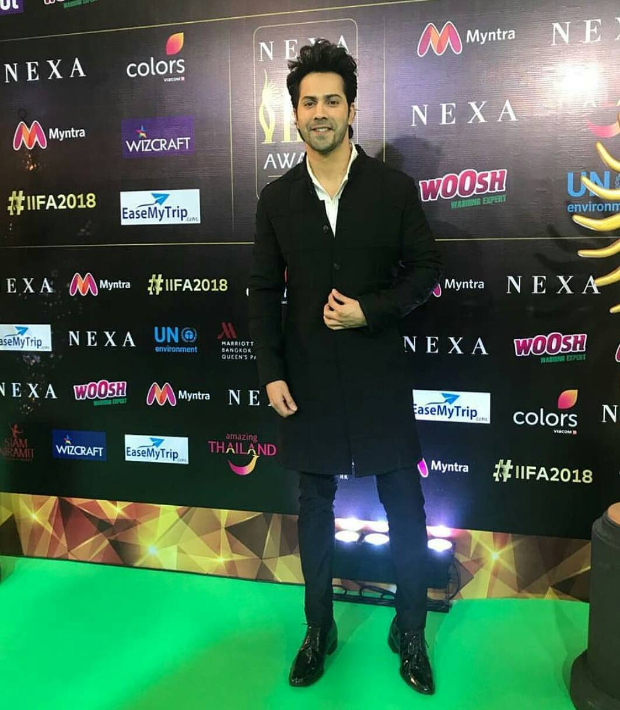 Going for the trusty monochrome, Varun kept it simple, significant but sophisticated. The contemporary take on the traditional jacket coupled with the longline shirt certainly is brilliant style move.

On the professional front, he is all set to team up with Anushka Sharma in Sui Dhaga helmed by Yash Raj Films essaying the role of a tailor named Mauji. He will reunite with Alia Bhatt in Karan Johar’s period drama, Kalank featuring an ensemble cast of Sonakshi Sinha, Aditi Roy Kapur, Sanjay Dutt, Madhuri Dixit and Kunal Khemu, scheduled for release on 19 April 2019.