She may be just four films in tinsel town but Kriti Sanon is a millennial to reckon with. The actress who went on to enjoy a massive fan following post her sensational debut in Bollywood with Heropanti garnered rave reviews for her performance in Bareilly Ki Barfi last year. Kriti essayed the role of the small town girl, Bitti, who is a break-dancer and in pursuit of the man who has penned a story based on her life. With those quintessential girl-next-door looks coupled with s lithe frame and a chiselled jawline, Kriti Sanon makes a compelling case for the chic and seamless sense of style channelling the less is more vibe. Kriti Sanon’s personal sense of style is lapped up by millennials for the sheer comfort along with a stunning beauty game. Kriti Sanon strides with an understated air of confidence and channels a floaty, dreamy demeanour. She brought in a whole lot of drama with her ruffled metallic gown, shimming and shining brighter than anyone else on the green carpet of the IIFA Rocks, a musical extravaganza to be hosted by Ayushmann Khurrana and Kartik Aaryan. 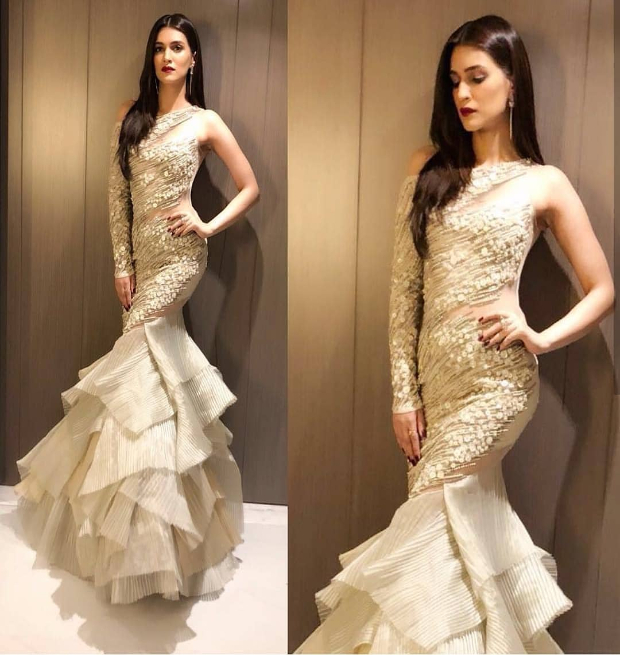 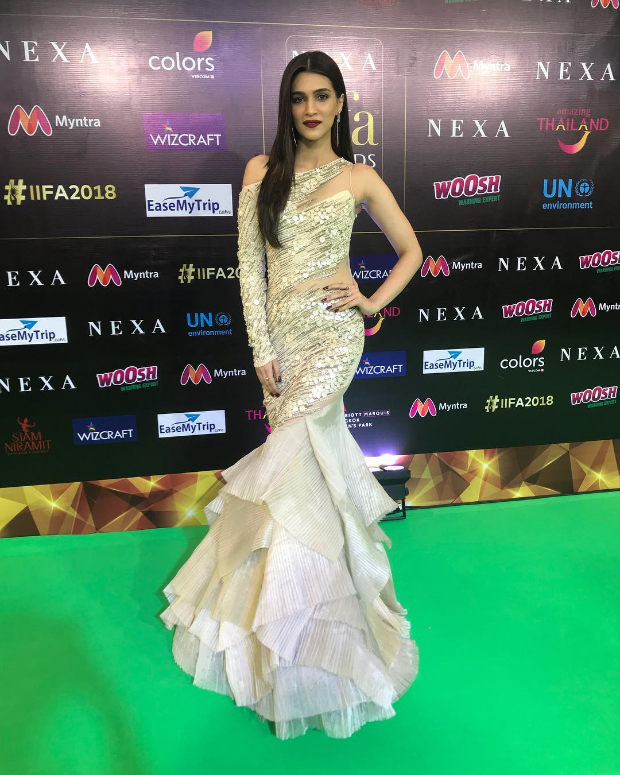 The form fitting gown featured sheer detailing, giving us a sneak peek of her tiny waist. 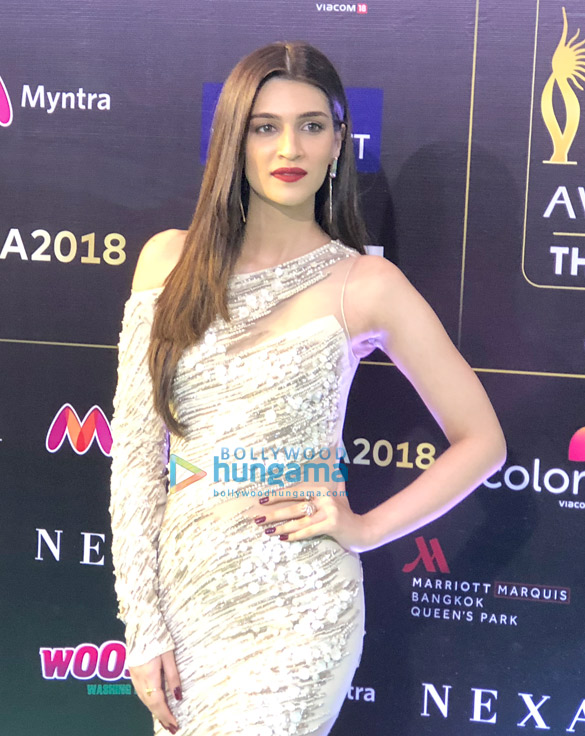 Sleek earrings rounded out the dramatic affair along with sleek hair and dark lips for Kriti. 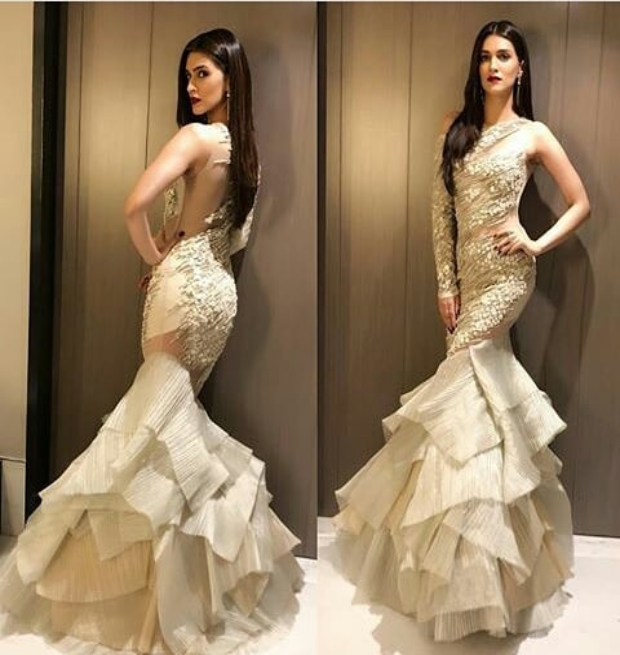 We love fashion stylist Sukriti Grover's dramatic choice of ensemble for Kriti. The form flattering gown fits Kriti like a glove, accentuating her tall frame to the T. 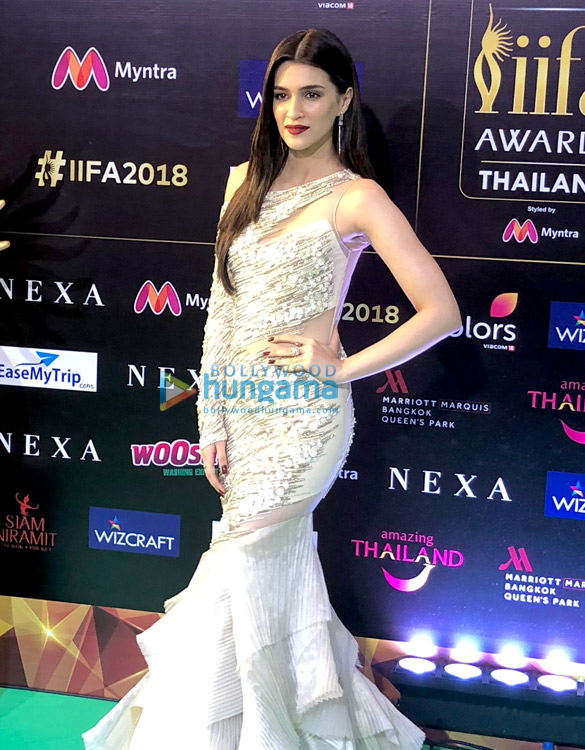 The makeup of sleek hair and dark lip allows the gown further to take centre-stage and works wonders for Kriti! A love that certainly looks well curated, take a bow, Kriti and Sukriti!

Also Read: REVEALED: Housefull 4 team to take off to Rajasthan to shoot past life sequences

On the professional front, Kriti will make a special appearance in Dharma Productions’ Kalank, essay the role of Ritu Randhawa in Arjun Patiala, Housefull 4 and Panipat.