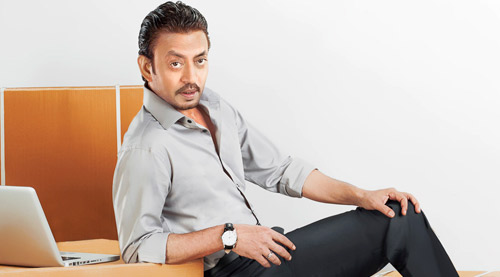 to back. And if he had agreed to do Ridley Scott's sci-fi The Martian which released last week, he would be promoting three films simultaneously.


Says Irrfan Khan, "It's part of the process of taking the product to the audience. Luckily for me no one is saying there is too of me in the theatres. Talvar last week was completely

different from Jazbaa this week. And if I had done The Martian that would have been an entirely different zone."


Irrfan Khan welcomes the difference. "There is no point in doing a role unless it challenges and excites me."


Despite all the peaks that he continues to conquer, Irrfan still hungers for new cinematic experiences. "It's for these challenges that I came into cinema. Otherwise I would have listened to my

mother and become a teacher in Jaipur or somewhere. The quest for challenges is endless."


Irrfan Khan is now happy in the place that he has in cinema both in India and abroad. "When I was at the Toronto International Film Festival I felt a sense of responsibility about my film

Talvar. If, as you say, I take center stage now I am glad to do so."