Earlier this month, we saw photos of Ibrahim from the sets of Rocky Aur Rani Ki Prem Kahani. He posed with lead stars, Ranveer Singh and Alia Bhatt. A video of him doing the hook step of It’s The Time To Disco was also posted by fan clubs. 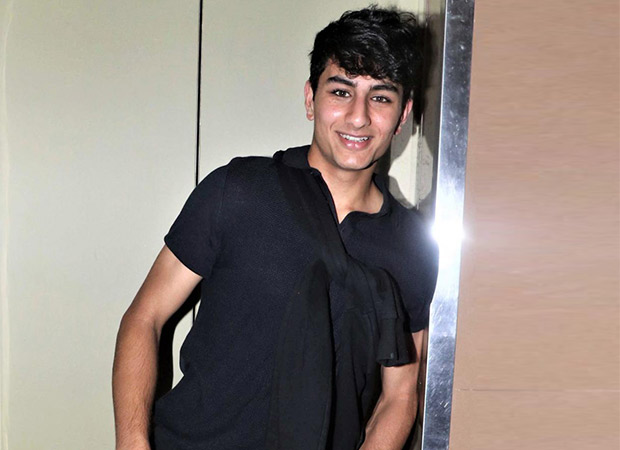 Now a new video of Ibrahim Ali Khan goes viral where the eldest Pataudi son is partying hard with his friends while vibing on ‘Afghan Jalebi’ from Phantom. The camera then panned to the other guests at the bash.

‘Afghan Jalebi' is a song from Saif Ali Khan’s movie- Phantom who is the father to Ibrahim and Sara Ali Khan.

It is in the news that just like every other star kid, Ibrahim Ali is assisting Karan Johar on Rocky Aur Rani Ki Prem Kahani. The film also features Jaya Bachchan, Dharmendra and Shabana Azmi in supporting roles.

Ibrahim is the son of Saif and his ex-wife, Amrita Singh. Like his parents and elder sister Sara Ali Khan, he too wants to be an actor. Fans could spot talent in him when he posted a TikTok while acting in it. He has modeled for a clothing brand and appeared on magazine covers in the past.

Just like every father, Saif Ali Khan advised his kids when it came to making a career in acting. He said that there are so many people around you – big stars and great actors, learn from all of them. Try to do good things. It’s easier said than done. Make mistakes, for sure. But the bottom line is, you have to contribute something to the world we live in, and we’ve chosen to contribute entertainment. So make sure it’s entertaining. He also added that they should enjoy acting and playing roles.