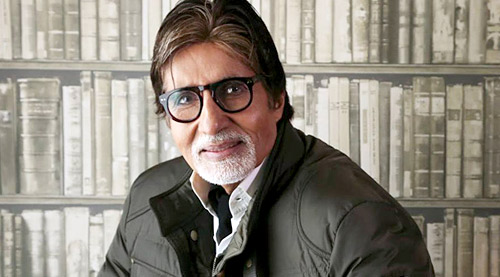 I wish him glorious health. I wish him peace of mind. I wish him this days' celebration, countless years ahead.

You've never concealed your admiration for Dilip Kumar. What makes him a role model for you and generations of other actors?

Which of your performances, scenes, have been most directly inspired by Dilip Saab?

None! That would be a sacrilege! I should be inspired by 'the person', to inspire me to perform or deliver what is asked of me professionally.

Please tell me about your first meeting with him and anecdotes about your interaction with him.

Our first shooting scene in Shakti was in a jail sequence, where the police official but also my Father in film comes to visit me and tries to convince me that I was taking a wrong path in life and I disagree. It was tough to stand in front of one whom you have admired for ages, and disagree with. But it was a job I had to do.

What were you thoughts when Ramesh Sippy offered you a chance to work with him in Shakti?

It was not Ramesh ji that offered me the chance to work with him; it was Salim-Javed who thought up the idea and the story.

What was the experience like? Did the two of you hit it off instantaneously? How easy/ difficult was it to adapt yourself to his method of working?

For me it was a moment of disbelief, until professional exigencies took over. He is a considerate colleague and senior, and never failed in those attributes when we worked together. I would one day share the same screen space with this tremendous talent that would explode in front of me. Never! And it still remains an illusion in my life to have actually been a part of a project which was headed by this thespian! God has been kind, very kind.

You did only one film with him. Any regrets about that?

We seek a moment of Godliness often in our life; it seldom comes, but when it does, you cherish it and remain in gratitude and satisfaction!

Which are your favourite films of Dilip Saab? And why?

Many of his admirers feel he didn't do enough work that he retired too early. Your comments?

If you had the chance to do one of Yusuf Saab's roles which one would it be?

I would never dare to even think of doing that.