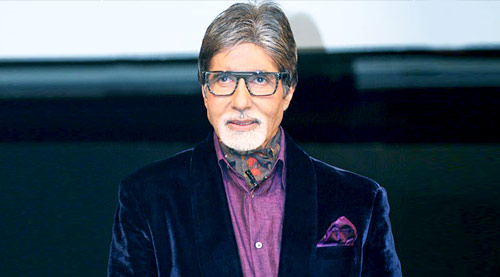 The Big B, Amitabh Bachchan and Rajnikanth go back a long way. In Andha Kanoon in 1983 Rajnkanth played the lead while the Big B had a guest appearance. The two phenomena are not only colleagues they remain close friends.

Says Amitji, "Rajni is phenomenal. The largest, the best and truly the BOSS. It is ridiculous to compare me to him. Outside of Tamil Nadu people have no idea whatsoever what he is all about. The adulation, the following is incomparable. We are friends, colleagues. His modesty is legendary. His simplicity in his existence and in his demeanour is also legendary. Don't believe a word of this 'king' and 'emperor' thing. We all know that he is THE Emperor. I abhor epithets, but for him I will make exceptions, for he is truly exceptional."

The Big admires Rajniji's rise from the grassroots to superstardom. "Look where he came from and what he has become. Sheer hard work, talent and the belief that he could do it.....and he did! Such a fantastic example for any youth in any part of the world. Despite his extraordinary career he has remained that simple down -to- earth person he was when he started off. All his people around him are friends that were with him when he was a nobody."


The Big B reveals touching details from the Tamil superstar's life. "Do you know, a Fiat car that he bought when he had attained his early success remained with him till recently and only he was allowed to use that car?"


The Big B spells out character traits in Rajni that one sees in the Big Himself. Says The Big B about his colleague, "He is a humble human-being and a caring and considerate co- star. Rajni is terrific company on the sets and a fine gentleman. He's religious, traditional and charitable. And most importantly, he, along with his equally modest wife, have brought up their two daughters well. His daughters are reflections of him. For me, the way your offspring have turned out are the truest reflection of your achievements."