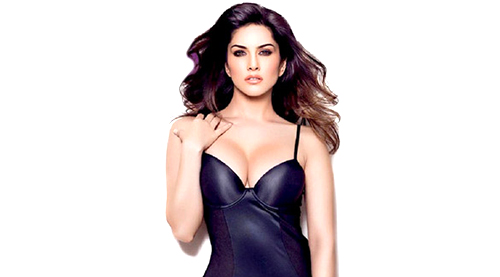 Sunny Leone, who was originally born as Karenjit Kaur, is now all set to storm Bollywood with the upcoming sex comedy titled Mastizaade.

Satish Sundaresan of Bollywood Hungama met up with Sunny Leone, who spoke about her various topics like her journey in Bollywood, Mastizaade, Rakhi Sawant and much more.

Over to you, Sunny!

To start with, when we searched for the perfect words to describe 'Sunny Leone', we came across many definitions. A few of ranged like 'An international star giving sleepless nights to many

Bollywood heroines', 'A top Hollywood producer', and the last one, which stated 'One of the major reasons for Google's Image Search section's survival'. Can you please tell us as to who exactly the

(Smiles). First of all, I am not 'Sunny Leone', I am Karenjit Kaur. 'Sunny Leone' was a brand that was created long time ago. I am just a normal girl trying to make a living.

Sunny, looking back was Bollywood a planned move or did it just happen?

Bollywood was not at all plannedâ€¦ it just happenedâ€¦with 'Bigg Boss'. Initially, I did not want to do the show as I did not think that India will accept me into their TV world and hearts. I was

wrong... very wrong. And I am so very sorry for that.

Speaking about Bollywood and films, you have your film Mastizaade releasing this week. What's the feeling no? Are you excited, nervous, anxious, eager or just plain neutral?

It is a lot of excitement. I will be scared and anxious on Thursday night because my film is getting released on Friday.

What made you sign Mastizaade? Was it the script, your role, your co-stars or something else?

It was the script, which was extremely humorous. The way Milap Zaveri had written the script, it was super funny.

Whenever and wherever there is Sunny Leone around, there can never be a dull moment. Can you recall any funny or memorable moment/s from the shoot of Mastizaade?

hearts out almost every day. All of this made working in the film so much fun.

What are the locations that you guys shot the film in?

Most of the film has been shot in Pattaya, Thailand.

The music of the film is really catching up. Which one is your favourite track and why?

My personal favourite is 'Dekhega Raja'. It is a fun-filled and 'situational' song.

How was it to work with Vir Das and Tusshar Kapoor?

They both were so much fun to work with. We would work for as many as 15 hours a day! The whole shooting experience in the film was total fun.

Sunny, this is the first time you are playing a double role in a film. How easy or difficult was it to switch roles?

In Mastizaade, I play two characters named 'Lilly' and 'Laila'. When I compare the two, I feel that it was more difficult to play the role of Laila than Lilly. The character of Lilly is

funny, clumsy, makes faces and stutters... more like my own personality (in real life). On the other hand, Laila... is how the world sees me (in real life).

This is the first time you are doing a comedy role. Is doing comedy a difficult task?

I have done some comedy in US and even in India. I have absolutely no issues in making a joke of myself. I mostly love the comedy of errors and all the situational errors that leads to comedy. Even

the idea of mistaken identities is fun to do. That's why, when doing Mastizaade, I did not think that doing comedy was that great or difficult task.

Mastizaade realises one week later than the release of yet another 'sex comedy' Kyaa Kool Hain Hum 3, which is touted to be India's first 'Porn-Com' film. Since both the films have

sex comedy as its base, do you feel that Mastizaade would have been at an advantage had it released before Kyaa Kool Hain Hum 3?

Everything happens for a reason. I wish nothing but the best for that movie (Kyaa Kool Hain Hum 3). I hope it does well. I also hope that their (film's) success carries onto our (film's)

Now, let's talk about Mastizaade's dialogues. Mastizaade has some of the raunchiest and double meaning dialogues in it. How comfortable were you with such lines and is there any of

your involvement in these dialogues?

I was not comfortable with doing a couple of scenes. I spoke about this to Milap and Rangita, both of who were extremely understanding. I reasoned it stating that because of my background and my

accent, certain lines and dialogues may not sound proper. That's why we changed a couple of scenes, totally, in the interest of the film.

Which has been your favouirite scene in the film?

The scene when my character Laila discovers that she wants to do what she has never done before. It's not what you are thinking. You have to see the film in order to know what I am talking about.

Sunny, in real life, who do you identify with more: Laila or Lilly?

There is a part of me that is Laila, who is sexy and beautiful. But, that's not who I am in real life. That's who I am for the screen. I am more like Lilly, who is goofy, silly and more

Hollywood spends a lot more money than Bollywood (laughs). At the same time, take for example, Sanjay Leela Bhansali's Bajirao Mastani. Every frame of the film is a piece of art. I am sure

that Hollywood will never be able to recreate it. The only thing in common between Bollywood and Hollywood is cinema, which everyone expresses in their own ways.

With so much happening in the genre of sex comedies in Hindi films, do you feel that, today's Bollywood has come of age?

Bollywood, I feel, is exactly where the people want it to be. When times change, the people's demands also changes with the times. That way, yes, Bollywood definitely has come of age.

After having reached so far, are there any regrets?

Absolutely no regrets. If I want to do something, I will do it. Nobody can change my mind. If my parents could not change my mind, then, how are other people going to change it!

If there's biopic that's to be made on you, who do you feel will be the heroine who fits the bill?

Is there any dream role that you are dreaming about to do in Bollywood?

I want to play the role of a super heroâ€¦a REAL super hero.

What's the status on your brand endorsements?

There are many brands with whom the talks are going on. I am also in the process of launching my own range of perfumes and deos. I have already launched my own 'Teen Patti' game.

Sunny, we have always seen Rakhi Sawant speaking about you in every possible interview. But, you have never spoken a word about her. Is that a conscious decision?

You will never see me doing that. Never in my life, will I ever say bad things about anyone. As far as Rakhi Sawant is concerned, I just wanted to tell her Thank You for thinking about me all the

If you were to be made the Chief of Censor Board, what is/are the change/s that you would like to bring about?

Oh! That's a question which I would not like to answer (smiles.)

There have been lot many rumors floating about you Sunny. Can you please clarify them with the right facts: That you played with a women's soccer league team in California.

I did play, but, that was in Canada.

Your first job was with German Bakery at Jiffy Lube, and, then, later at a tax and retirement firm?

My first job was when I was fifteen and a half years old at the German Bakery at Jiffy Lube. I did work as a teacher at a tax and retirement firm.

That you were studying to be a paediatric nurse before entering the films?

That you own two pets: Lilu and Chopper, one of which is a rescue.

Very much. The fact is that both of these dogs are rescued.

That you are scared of bugs and insects.

Yes. I am so very scared of bugs and insects.

That you make hand stitched baby blankets for all your pregnant friends.