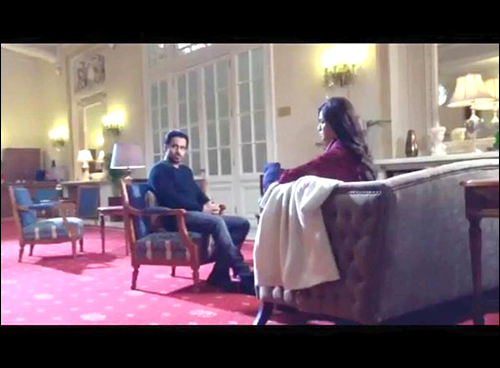 Though 2015 hasn't been a very successful year for Emraan Hashmi, the actor has some interesting projects in hand for this year. Along with the biopic Azhar, Emraan has simultaneously started working for his next, Raaz Reboot, the fourth installment of the horror franchise.


Raaz Reboot is currently being shot in Romania and a picture from the sets of the film has been doing the rounds on the internet. The still has Emraan Hashmi seated opposite the female lead of the film Kriti Kharbanda. Considering that the film is being shot amidst a snow backdrop, the two are dressed up in their winter attires. Director Vikram Bhatt whilst listing down the various obstacles posed by the freezing weather in Transylvania also mentioned that the locals are very hospitable. He added that they have been teaching the Indian crew to survive the chilly weather which recently went even below minus 18 degrees.


The makers have even started off an official Twitter handle of the film where they recently gave us a glimpse of a sequence that was being shot with Emraan and Kriti. Here's a look at the same: