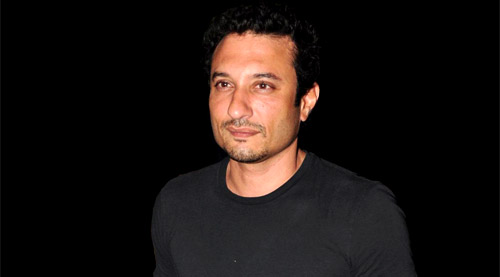 Finding Fanny has released and while the critical acclaim is unanimous so far, audience feedback is trickling in well too. The word is out though that director Homi Adajania has shown his versatility by beginning his career with Being Cyrus, delivering a superhit in the form of Cocktail and has now taken a radically different route with Finding Fanny which defies set rules of commercial cinema, and yet entertains.


There are some journeys where one can sense that there is a lot of personal aspect coming to them. Is Finding Fanny one such film?


I can see for sure that the film is not merely a laugh-on affair but there are quite a few happy-sad moments as well, isn't it?

Oh ya. Each character has a back-story that gives reason to why they are the way they are and they all go through the Finding Fanny experience to come to terms with their various complexities and attain some point to their previously pointless lives.


As for the veteran cast, you have Dimple Kapadia in there with whom you are scoring a hat-trick. What makes you approach her film after film?

I don't have a choice! Dimple threatened that I would lose my "family jewels" if I didn't cast her again! Though frankly, she is so good in Finding Fanny that I just can't see anyone else play her character.


On the other hand, Naseeruddin Shah and Pankaj Kapur are two of the finest actors to be seen in the film. Were they the first and the only choices for the film?

Naseer was my first choice as I was writing Finding Fanny and I don't think I could have made the film without him. Strangely, I had never thought about Pankaj Kapur for the character he ended up playing. My Executive Producer, Poonam Shivdasani, suggested that I meet him. And believe me, one of the greatest gifts I have got out of this project was exploring this immense talent and finding a friend in Pankaj Kapur!


They are the kind of actors who have seen it and done all. So what is the surprise element that they bring to the fore in Finding Fanny?

Whether in terms of treatment, story or the characters that they are playing, none of them have ever done this before.


What happens next for you? Is there another film that would immediately go on floors now?

I will be making a film next year but don't ask me what since I really am not sure what to dive into next!