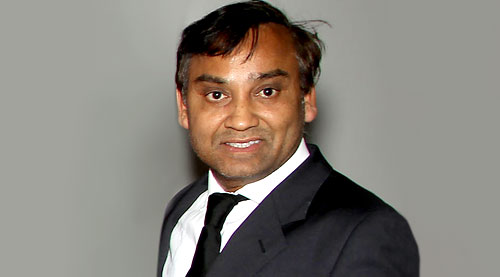 Ravi Kumar's Bhopal: A Prayer For Rain has wowed American critics. He chats up with Subhash K Jha on his film about the Bhopal gas tragedy that killed thousands.


Ravi, you've struggled hard to tell the story of the Union Carbide catastrophe that killed thousands in Bhopal in 1984. How do you feel now that the film has opened to favorable reviews in the US?
It took me 4 years. The reviews being favourable is fine. But for me the real vindication comes from audiences, and not just Indians, coming to watch the film. It was difficult for me to get funds to make this film. Making any film is not hard. I realized making a film on the Bhopal tragedy is very hard. I initially thought of making a small intimate film on the Bhopal gas tragedy. But the story had to be told on an epic scale. And producers are afraid of funding anything what isn't commercial.


You cast Martin Sheen and Rajpal Yadav in the lead?
The other problem is, we didn't have an A-lister Bollywood actor. We've Rajpal Yadav playing the lead. He is not a superstar. But no one else could have played the lead. I am proud I stuck to my decision to sign him. Rajpal is amazing. Everyone loves him outside India. I am sure everyone will fall in love with him in India after this film.

Warren Anderson recently died unpunished. Does your film punish him?
We can't change history. But I agree with you. So much would've been done to Warren Anderson during the last 30 years. I think history will judge him with all the blood on his hand and guilt on his conscience. Martin Sheen has played Anderson in the darkest shades.

Anderson claimed the Bhopal tragedy wasn't Union Carbide's fault?
Even if for the sake of argument we say it wasn't only Union Carbide's fault, his conduct after the tragedy was unspeakable....He made no attempt to right the wrong. Instead he rubbed salt on the wounds of the victims by saying a disgruntled employee sabotaged the Union Carbide plant. They blamed everything on the locals and walked away.

How much of an impact had the death of Warren Anderson, the Union Carbide monster who was responsible for the tragedy, had on your film?
That's a very important question. I am just a filmmaker. It's the people of Bhopal who should be asked this question. I've asked them. Not much has changed since Warren's death. The victims are still suffering. There is still no apology from Union Carbide.

The apology is not enough. The victims of the tragedy are waiting for a serious financial compensation?
You've hit the nail on the head. Sorry is free of cost. What comes after is very expensive. The apology can only come with the responsibility of compensating the victims. Once they apologize they'll have to put their money where their mouth is. It is therefore far more convenient for Union Carbide to keep quiet. If they speak they will be morally, ethically and legally liable to compensate.

Hence the need for the film?
Yes. I am very keen to show the film to the Bhopal victims. Some of them have already seen it and like it.

How did the victims come into the picture?
At the Tokyo Film Festival there was a lady looking at me while the film was being screened. After the film she came to me. She had tears in her eyes. She was a Bhopal survivor. She was 12 when it had happened. She remembered the exact details of what happened on the night of the tragedy. We also showed it to the Bhopal Medical Appeal, Sambhavna Trust, Amnesty International and several NGOs working with the Bhopal victims who are wholeheartedly behind us. They've all put their logos in our film. I am relieved that no one close to the Bhopal tragedy has disliked the film.

Do you hope to open old wounds that never healed?
Yes, most certainly the film relives the catastrophe for those who were around when it happened. But for a younger generation who were not around when the tragedy happened the film also offers a very dramatic story. In the US they like the film for its intrinsic dramatic qualities. The subject-matter is much bigger than the film itself. It's quite a warm and funny film.

The response to Rajpal Yadav is quite favourable in the West?
Audiences in the US see a Charlie Chaplin in Rajpal Yadav. The foreigners can't believe Rajpal, Tannishta Chatterjee and the other Indian actors are actors. There is not one filmy actor in my film. Foreigners say this is the best film they've seen about India.

What are your plans for the Indian release?
We've a moral responsibility to support the Bhopal victims. Our producers Sahara Parivar and Rising Star will use the revenues from the film to aid the Bhopal victims through Bhopal Medical Appeal. We're also planning a lot of charity events to raise funds and awareness. We also have other plans with Amnesty International to raise funds and events. In Bhopal there is the wonderful Sambhavna Trust to help the victims. We want to ensure the future of the Trust.

All this inspite of Sahara's current financial troubles?
All these initiatives came from Sahara. They've been fully supportive at a time like this. Any other production house in a crisis would have out the film straight to the DVD. But Sahara wanted to take the film's powerful message across the world. If the film is looking big it's because Sahara believed in it. Some critics are comparing Bhopal A Prayer for Rain to Titanic. Those who have seen the film come out angry and shocked.