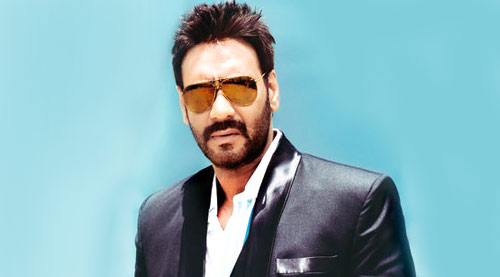 After Salman Khan (seven), he has the second highest number (five) of 100 crore hits to his name. With Golmaal 3, Son of Sardaar, Bol Bachchan, Singham and Singham Returns ensuring that he has at least one big success to his name practically every year, Ajay Devgn is now looking at closing the year with another big one to his name - Action Jackson. With Prabhu Dheva at the helm of direction, Eros along with Gordhan Tanwani have spared no expense in making, promotions, marketing and release of the biggie.


After Salman Khan, you have the second highest number of 100 crore successes to your name. Why don't you or your PR team make noise about it, when lesser successful actors create so much hoopla about their smaller successes?

Really, is that so? Honestly, I didn't know about this number. I am hearing it from you for the first time. Good, this could now be used as a promotional peg for me and my films (laughs).


I can't believe you didn't know about this.

No, seriously, I didn't, I swear. Ab picture release ho rahi hai to tum bata rahe ho. In fact you are scaring me now, pressure aur badh gaya hit deliver karne ka and make it a big one at that.


To make sure that Action Jackson counts big in your repertoire, what was that single most thing that made you give it a green signal?

I think the entertainment quotient was something that really attracted me towards Action Jackson. In many of the films that I have done, my character is that on a serious side. Even though these may be commercial films, I have been tad serious on screen. In Action Jackson, after a long time even people who are not connected to me or my films are saying that it looks like a truly different one with me in the lead. I am dancing and generally having a lot of fun. Yes, there have been quite a few commercial films of mine but this one is in complete Prabhu Dheva style. The film has punch-lines and action with a romantic base.


Meanwhile, you are now moving ahead to Shivaay and spending entire 2015 in that. On an average, you could have acted in 2-3 films during this duration. Wasn't there any deliberation around loss of money making opportunity that is being lost now?

Honestly, I have stopped thinking about such things after being around for so long. Now I want to spend my time into what I want to do, it can't be for the money.