The stunning Mouni Roy has made her way to Bollywood after years of working in Television shows. The actress made her debut with Akshay Kumar's Gold last year. Before kickstarting her next film, the actress is chilling by the pool and giving us major weekend vibes already. 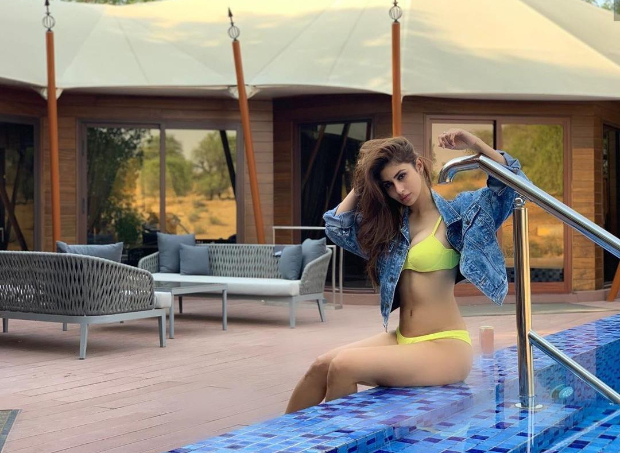 Mouni Roy shared a photo of herself enjoying the sunny weather in a yellow bikini with a denim jacket. The actress is flaunting her perfect curves while having fun by the pool. One can say that the actress has set the internet on fire with her scintillating vacation photo. She captioned it as, "It's hot outside and we were listening to a new song indoors or was it a poem, ummm I forget! Dizzy dizzy!"

On the work front, Mouni Roy was last seen in John Abraham starrer Romeo Akbar Walter which released in April this year. The actress will be next seen in Made In China alongside Rajkummar Rao and Dharma Productions' Brahmastra. She was in news after walking out of Nawazuddin Siddiqui starrer Bole Chudiyaan.