Naagin actress Mouni Roy, who has now ventured into Bollywood, decided to return to the Ekta Kapoor supernatural franchise in its third season for a grand finale. Mouni Roy will once again take over her role as Naagin along with co-stars Arjun Bijlani, Karanvir Bohra, Adaa Khan making an appearance together. Moreover, the franchise will now have a new Bollywood connect where the makers have taken inspiration from Sridevi who played Naagin in Nagina and her popular chartbuster ‘Main Teri Dushman’. 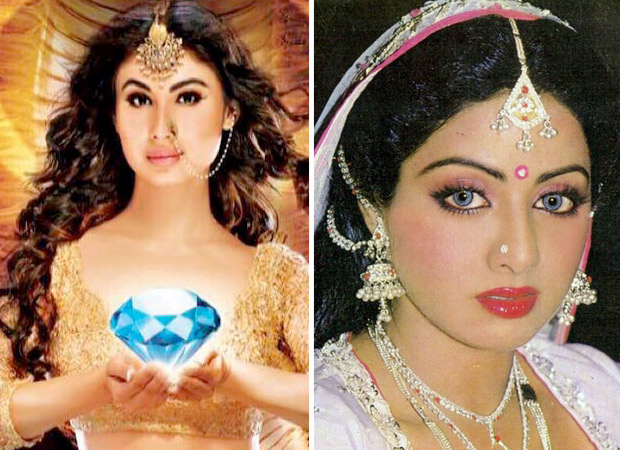 The current season, Naagin 3, that features Surbhi Jyoti and Anita Hassanandani as Naagins, will see the return of Mouni Roy and Adaa Khan as Naagins too in its epic grand finale. Besides the leading man Pearl Puri who plays Mahi, the finale will also feature star cast from other seasons which include leading men Arjun Bijlani and Karanvir Bohra. The grand finale of Naagin 3 is expected to be quite extensive and considering the star cast for the same, it seems that fans are in for a treat owing to reunion of Shivanya – Rithik and Shivangi – Rocky. Not to forget that that Shesha too will be a part of it!

A day ago, Mouni Roy announced her return to the supernatural franchise with this post that she shared that will definitely remind you of the Naagin sets from the initial two seasons! Here have a look:

On the film front, Mouni Roy will next be seen in Made In China alongside Rajkummar Rao and also in the much talked about Ayan Mukerji film Brahmastra that also features Ranbir Kapoor, Alia Bhatt, Amitabh Bachchan in prominent roles.

Also Read: Made In China: Rajkummar Rao and Mouni Roy to shoot an UPBEAT Gujarati garba number (all details inside)