Not only is she known as the bubbly girl but Preity ZInta is also known for her dimpled cheeks. Films like Dil Se, Kya Kehna, and Soldier among others have only reinstated her image as the adorable star. It seems that of late, her fans went on a nostalgic mode as they were expressing their love for her 90s looks. 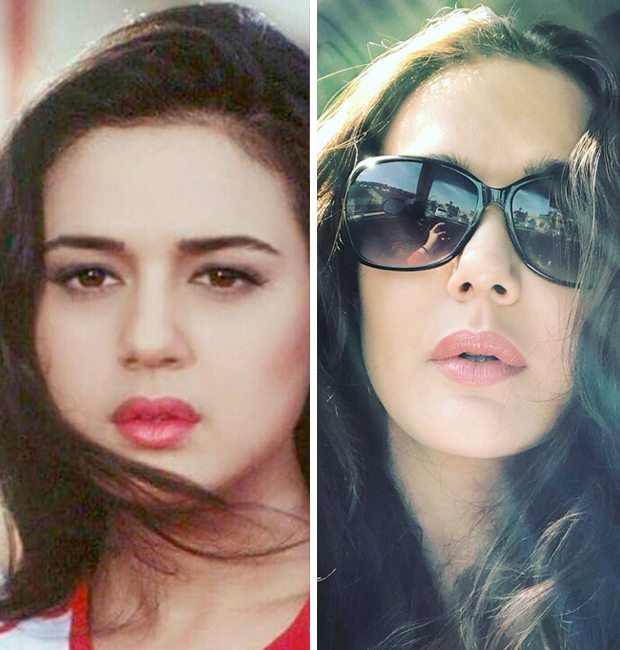 Preity Zinta is currently married to longtime beau Gene Goodenough and is constantly shuttling between India and the U.S. While she has been making public appearances and special appearances in films, it’s been a while since we saw the spunky star in a full-fledged role. However, considering her love for social media, her fans have constantly been in touch with the actress where they get to interact with their favourite star.

Her recent post indicated that her fans were apparently missing her chubby cheeks and expressed the same to her. In order to respond to it, Preity Zinta took to Twitter and posted a special message for them. She posted two images – one of her past and one of her present and also mentioned that everyone changes. Her message read, “To all my fans out there who miss my chubby cheeks & never forget to tell me that - I’m sorry to say We all change - We all grow up !” Added to it, were these lines from a Guru Dutt classic ‘Waqt ne kiya kya haseen sitam’.

Well, Preity, may be it was your fans’ of saying that they miss you and would like to see you on the big screen soon. But whatever be the reason, we still like the way the actress carries herself with grace.

On the work front, Preity Zinta was last seen in a cameo in the Saif Ali Khan starrer Happy Endings. She is also expected to be a part of the Sunny Deol starrer Bhaiyyaji Superhit. But the film has been in the pipeline for over three years and is yet to hit the silver screen.