National Award-winning actor Ayushmann Khurrana is gearing up for the release of his next film Dream Girl. He is currently busy promoting the film on different platforms along with co-star Nushrat Bharucha. Recently, the actor reached the sets of the reality dance show judged by Kareena Kapoor Khan to promote his film. 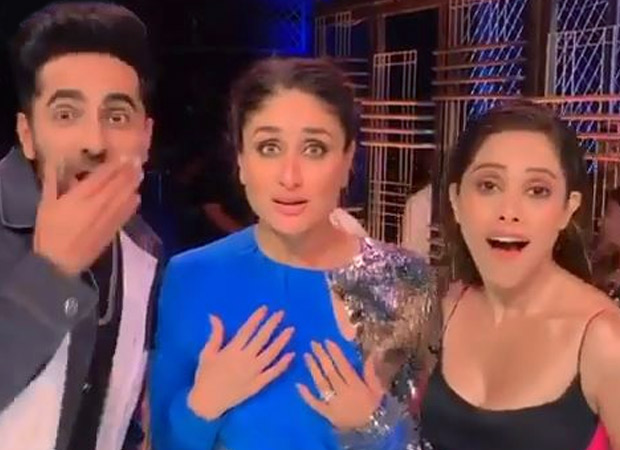 In the film, Ayushmann plays a guy who picks up a job at a radio station who speaks to his listeners in a feminine voice. His character is named Pooja in the film. Meanwhile, Kareena Kapoor’s unforgettable character from the film Kabhi Khushi Kabhie Gham was also named Pooja aka Poo. So, when the two met on the show, Kareena made a small video along with Ayushmann and Nushrat. In the video, Kareena getting into into the skin of her character Poo introduces Pooja and reveals the release date of the film.

Ekta Kapoor shared the clip for all fans to see and captioned it, “Even ‘poo’ likes pooojaaaa sacheeeee???? Smooocheeeeee.”

On the work front, Kareena is awaiting the release of her film Good News that also stars Akshay Kumar in a lead role. The actress will also soon begin work on her next with Karan Johar- Takht. Ayushmann, on the other hand, has an interesting lineup of films including, Bala, Shubh Mangal Zyaada Saavdhan and Gulabo Sitabo with Amitabh Bachchan.

Also Read: Ayushmann Khurrana reveals how he has been practising for his role of Dream Girl for several years