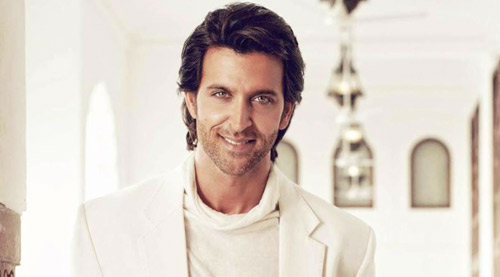 Readers maybe aware that Star India had, in the past, signed up Salman Khan and Ajay Devgn for Rs 500 cr and Rs 400 cr respectively, under which they will have exclusive satellite rights to their upcoming Bollywood releases. As per the deal, Star India would own the exclusive TV broadcast rights to all films featuring Salman Khan that are released from January 2013 to December 2017. They include Sajid Nadiadwala's Kick and Sooraj Barjatya's Prem Ratan Dhan Paayo amongst others. On the other hand, as a part of Ajay Devgn's Rs. 400 cr deal, Star India will hold all the exclusive satellite rights to all his film releases until 2017.

As per Bollywood Hungama's extremely reliable sources, the latest one to ink a deal with Star India is none other than the 'Greek God' Hrithik Roshan. And the amount for which he had been signed up by Star India is reportedly a whopping Rs. 270 crores. In simple words, six of his forthcoming films have been purchased at a whopping Rs. 270 crores, which, then, further translated into Rs. 45 cr per film! Readers may note that the Hrithik Roshan starrer Kaabil (directed by Sanjay Gupta) is also part of the same deal.

Attempts to establish contacts with both Hrithik Roshan and Star India yielded no results.