Alia Bhatt is on a roll! She has jumped aboard the promotional bandwagon for her upcoming film that has generated curiosity, courtesy its powerful trailer, Gully Boy with a compelling style game. Her partners in this style conspiracy are ace fashion stylist Ami Patel and Sanjay Kumar. Her obvious millennial vibe just got a cooler verve as she filed two new styles for us to gawk at. A moody dresser, Alia flirts with style, making a case for the laid back vibe and crisp one with equal and enviable panache. She further ups the stakes with a subtle makeup game with hints of edginess, courtesy her go-to makeup artist Puneet Saini. Experimenting with varied hairdos, she and her hairstylist Priyanka Borkar lend us those much needed #HairGoals.

Here is a closer look at how Alia’s flipping styles faster than we can blink! Allow a break already, Alia! 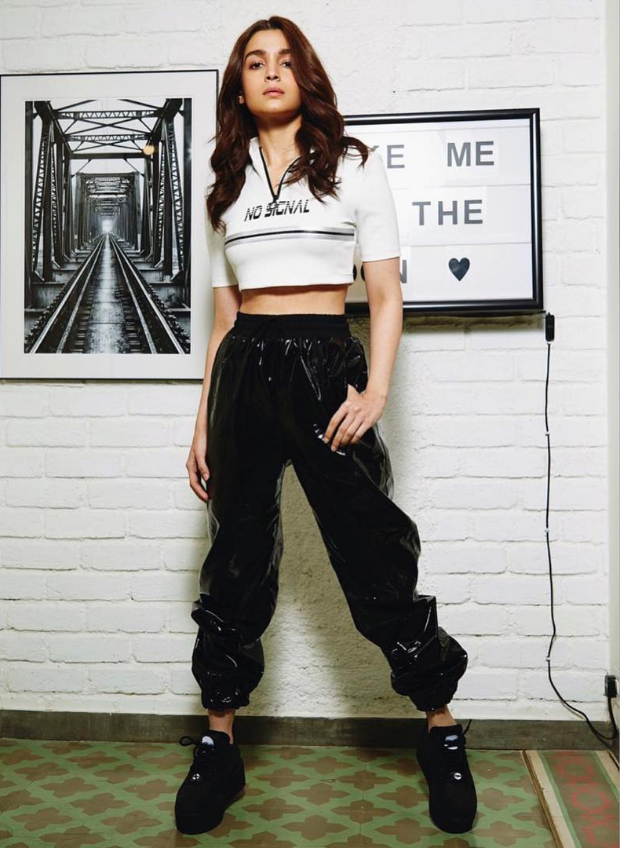 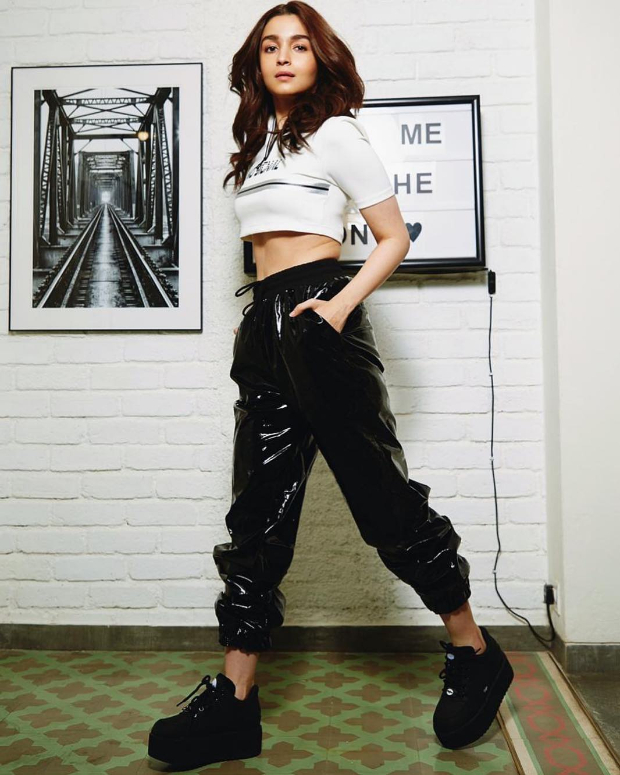 She teamed a cropped tee with shiny pants from Annakiki. 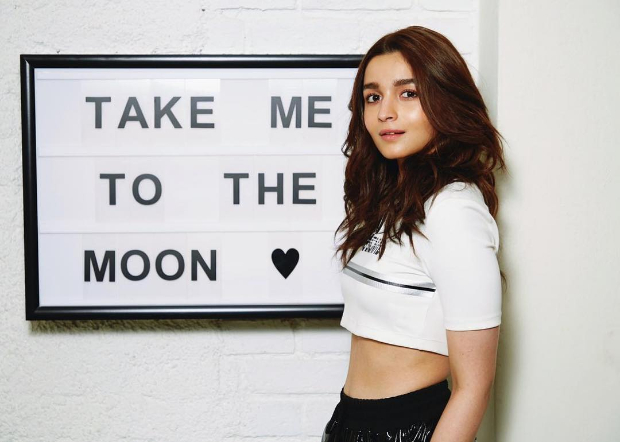 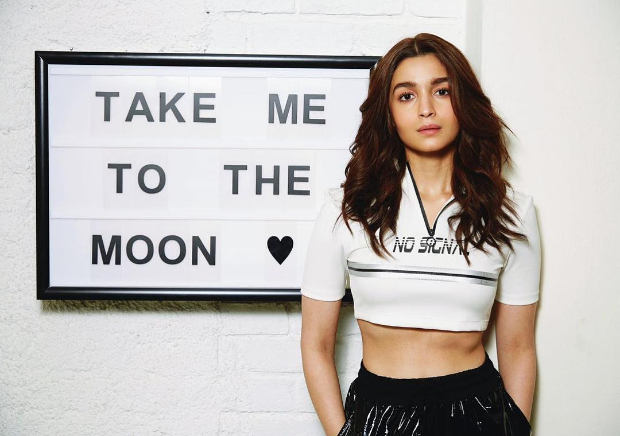 Also Read: Alia Bhatt shares a glimpse of her new ‘moving’ home aka vanity van and we can’t get over its BEAUTY! 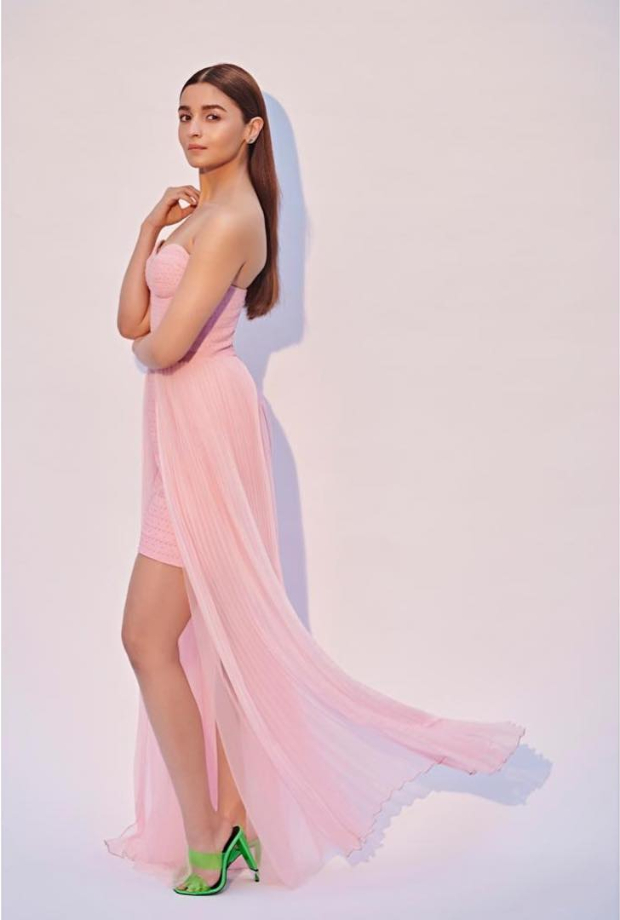 Alia swapped the grunge chic style for a subtle statement in pink. 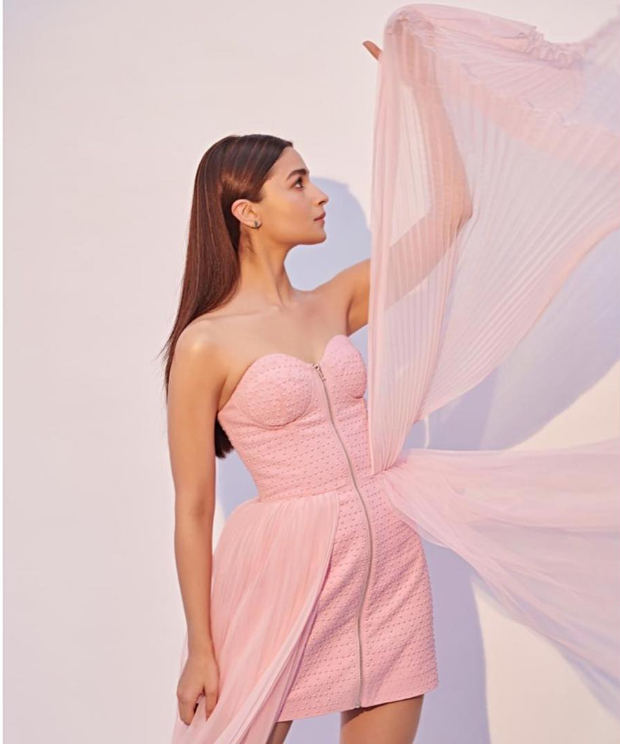 It was yet another Annakiki dress featuring a strapless neckline, short skirt and cascading pleated train on either side. Block heels in green added an interesting dimension of colour blocking. 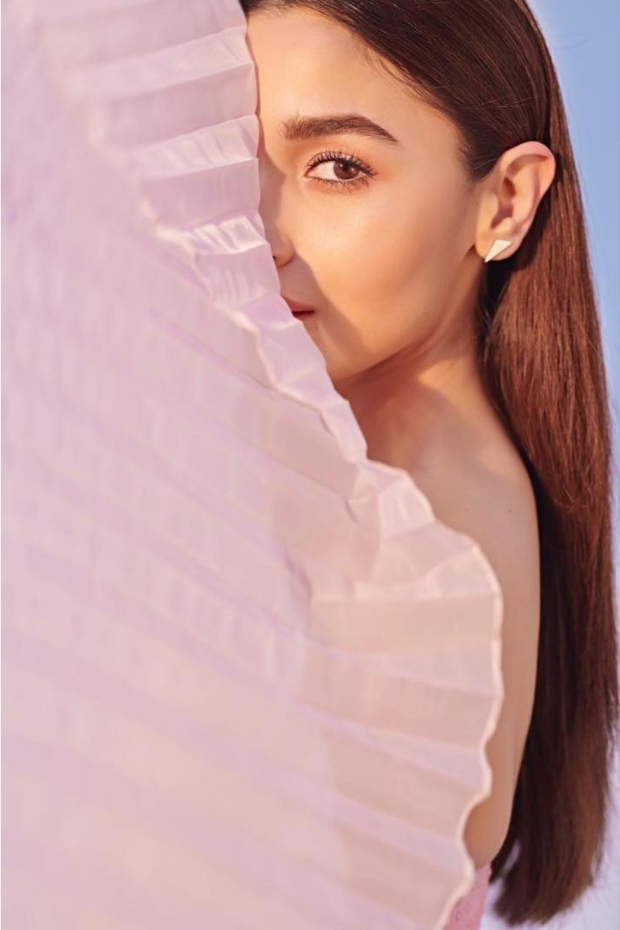 Sleek hair and nude makeup allowed ample attention to her ensemble. These well-shot pictures were courtesy of The House Of Pixels.