Alia Bhatt, who is currently one of the top most actresses in Bollywood, was recently in news for buying a plush new residence in Juhu. But that’s what we are talking about here! We are talking about the vanity van of the actress that looks posh and trendy. And we had say kudos to the designer – Gauri Khan! 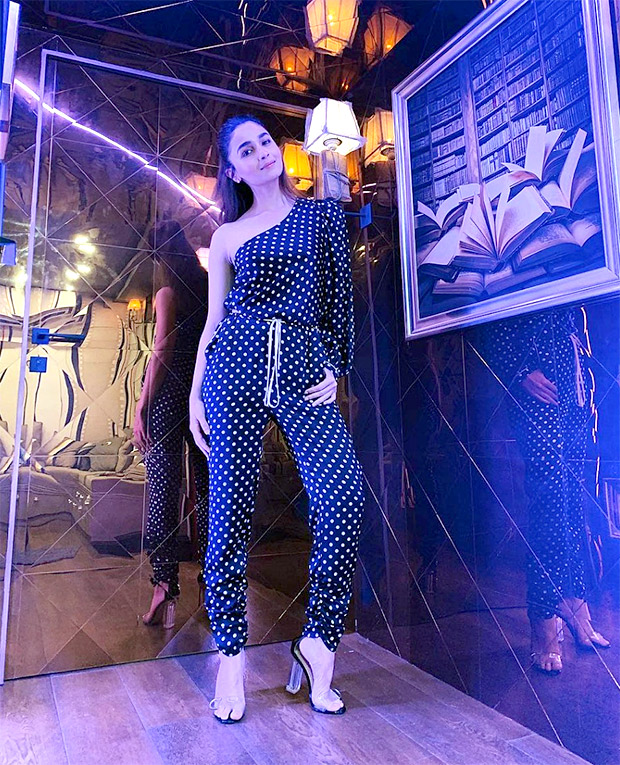 It is a known fact that some of the best celebrity homes in Mumbai have been designed by superstar Shah Rukh Khan’s talented wife Gauri Khan. The interior designer recently took up the work of redesigning the vanity van of Alia Bhatt and we are more than impressed with her work. Alia Bhatt shared a couple of glimpses of the same on her Instagram handle and her new ‘moving’ home as she likes to call it looks luxurious.

While Alia shared only a corner of her huge vanity van, we got a sneak peek into the blue LED lighting and wooden flooring of the van. And we must say Alia too is quite excited about this van. The actress shared two pictures from the same corner. She said, “A glimpse of my new moving home…” She also added a quirky caption to the second picture saying, “When one has to direct ones shot cause one isn't blessed with long legs.”

Alia Bhatt has worked with Shah Rukh Khan in Dear Zindagi and the film received a lot of critical acclaim for its resonance with the contemporary generation. On the work front, Alia will next be seen in Gully Boy with Ranveer Singh. She also has a few big budget films in the pipeline which include the period drama Kalank, the superhero film Brahmastra, the remake of the 90s – Sadak 2 and the multi-starrer Takht.