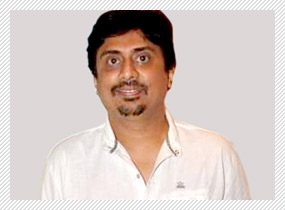 OMG Oh My God! has crossed Rs.75 crores just in India and turned out to be the 'biggest small' movie ever since one can remember. Such huge numbers are pretty much a testimony of the fact that the film has been accepted by the larger 'junta', and now. While Paresh Rawal is winning accolades for his bravura performance and Akshay Kumar has fetched quite some brownie points for not just backing a 'risky' subject like this but also promoting it just like any of his other biggies, the architect of the show, Umesh Shukla, is fine being low profile. In a rare tete-a-tete, the man makes some definitive statements.

First things first, the movie has turned out to be a huge success and has earned over Rs.75 crores in India and over Rs. 85 crores if one considers worldwide collections as well. Isn't it unimaginable to have a movie of this genre being such huge commercial success as well?

See, even before the release of the film there were many people who asked me that with this film am I looking at making an entry into the 100 crore club. I always maintained that numbers were mainly for the producers and as a writer-director I never set any such criteria for my film. I just wanted OMG to touch people's hearts. I wanted the message to reach them. Of course when that translates into commercial success as well and comes close to the 100 crore club, it is bound to make you feel happy.

So are there any changes you are observing already?

For starters, there are some schools where OMG Oh My God! has become a subject. Like this school 'Arya Vidya Mandir' in Bandra (Mumbai) where students from Class 8th-10th have to make a project on OMG after watching the film together. For me this is a big kick to see a film reach such kind of level. I always wanted that youngsters at this age get exposed to the core theme of the film since that brings a different perspective towards life. If that happens today, it would make a huge difference to the future.

There are so many films that parents want their children to see. OMG is a rare instance where children want their parents to watch it as well. Reason being that generation after generation we are told that we should fear God. I think fearless living is what should be in your mind when it comes to God. This is the reason why I feel good when told that there are some temples out there which it is said that ab doodh-tel chadhna kam ho gaya hai and even pujaris are asking people if that is as a result of OMG. That's the real win because somewhere down the line we have managed to convey a point with entertainment.

Your film did carry a risk of being tagged as anti religion though...

But I always maintained that the film was never anti religion or anti God; it was about malpractice, how people believed in God and what they expect out of God. They have this exchange offer that if God does this then I would do that. Demanding and accepting along with worship is being correlated and that is wrong. Like for example, I know of people who, if they haven't read 'Hanuman Chalisa' in the morning, continue to worry for the entire day that how it would unfold. Unke mann mein kuch na kuch khatakta rehta hai. That's unfair. In some temples they say that if you eat 'prasad' anywhere outside its boundaries then you would die. Now come on, why would God want that? Something like that never went in my logic!

So while you are looking at some sort of logic in films to come, can one say that in your future films you would not just be cutting genres but also ensure that humour plays a continuous role?

I want to explore all genres. See, I as much like films made by Satyajit Ray, David Dhawan and Rajkumar Hirani as I do when it comes to Rakesh Omprakash Mehra and Manmohan Desai films. The fundamentals are simple that a film has to be entertaining. Like they say that there are 'navrasas' and I do want to explore each of them. Yes, the only genre which I am uncomfortable making is a sex comedy. I know for sure that I won't be able to ever do that. The double meaning humour isn't something that goes with my system.

Meanwhile, even though the film is a super success, you have managed to stay in the background instead of being high profile. Is that a conscious call?

Yes, it is. See, I feel that at least till the time the film released, people were not interested in knowing who made it. Today I think they are interested. Otherwise I know that right through the film's promotion, whether it was media or a regular guy, they wanted to talk only to Akshay and Paresh. I am in fact fine with that. You have to first build your name after all. If you look at Madhur Bhandarkar today, he became THE Madhur Bhandarkar after making so many acclaimed films. Same holds true for an Anurag Kashyap or a Anurag Basu as well. Of course today when people recognize me then I do feel good. More so with good offers coming in as well. In any case, it isn't as if I started from nowhere. My play was a super hit and people in trade as well as industry know that how the film has worked. No one can take away that share from me!