The rapid rise of Prernaa Arora and her production house Kriarj Entertainment is the stuff celluloid dreams are made of. Within a relatively short time of two years Prernaa has consolidated her position in Bollywood. In an interview with Subhash K Jha, Prernaa Arora opens her heart out about making her presence felt in a man’s world. 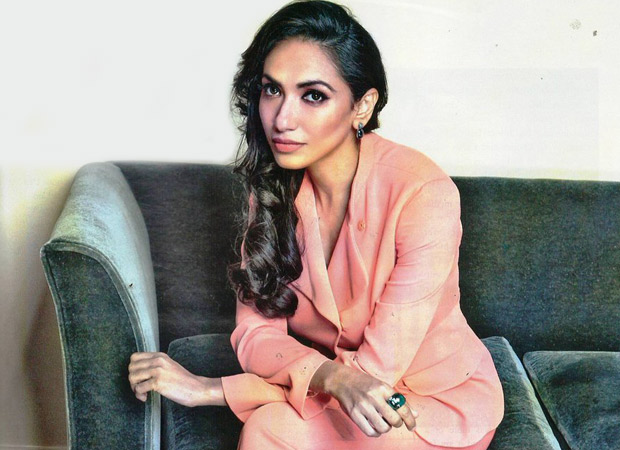 So how does it feel when you are called the female Karan Johar?
(Laughs) I don’t know if Karan Johar would like that. But I’d rather be known as Prernaa Arora. From the time I could remember I wanted to be a producer, just like my father Virendra Arora. We owned a circus Kamala Circus that was named after my Naani (maternal grandmother). So showbiz is in my blood.

Considering you look better than many heroines you work with, didn’t you think of becoming a leading lady?
Never! It was always production for me. And I am so glad I stuck to my decision to be a producer. I am thoroughly enjoying my job. It is invigorating and challenging to put together projects and watch them grow in front of you. It’s almost like a mother’s pride as her child grows up in front of her. Luckily for me I’ve a production partner Arjun N Kapoor who’s as driven and passionate about cinema as I am.

Did you grow up watching Hindi films?
Oh yes. In Dehra Dun where I grew up there was nowhere for a growing girl to go. I never believed in culture of pubs and late nights. My parents never had to wait up for me anxiously. I was never out in the night. I was always at home watching vintage classics. I love the movies of Hrishikesh Mukherjee, Basu Chatterjee and Anil Ganguly. I have seen films like Anand, Bawarchi, Chit Chor, Piya Ka Ghar and Tapasya so many times I know them by heart.

Did these filmmakers and their films influence you into becoming a filmmaker?
Oh absolutely. These filmmakers made me realize that films can be entertaining and meaningful. I’d never produce mindless entertainers. I am sure of that. My partner Arjun and I have the same taste in cinema. So we were both on the same page when we produced our first film Rustom. When that became a hit we were immediately an established production company. Then followed Toilet: Ek Prem Katha and now Padman. All successes. I am blessed.

What was it like working in three back-to-back films with Akshay Kumar?
He is my inspiration and my guiding light. I look up to Akshay Sir. I love his choice of cinema. Thanks to him we at KriArj have had cent-per cent success so far. If I had my way my production house would collaborate only with Akshay Sir. According to me he is a complete actor and a complete human being. Look at the kind of cinema he does! Whether it is toilet sanitation or menstrual hygiene, he is not shy of taking on any social issue and giving it an engaging twist.

As a woman in a man’s world have you found it hard to make your way through Bollywood?
I won’t lie to you. It’s not easy being a woman producer. But there is Ekta Kapoor before me. The image of an average film producer in Bollywood is very different from what I represent. So yes, initially there was a certain amount of resistance in allowing me into a male domain. But I was adamant. I made sure I didn’t use my gender to make any headway. Equality of the sexes according to me, is about equal opportunities for men and women. Don’t pull up a chair me just because I am a woman. But don’t pull that chair from under me either.

Have you had bad experiences in the film industry?
Nothing to complain about. Nothing to feel sorry about for myself. The three films that KriArj has produced so far have all made my parents proud of me. To me that is what matters. For my next two films Pari and Parmanu - The Story Of Pokhran, KriArj has collaborated with Anushka Sharma and John Abraham. I hope these collaborations are as successful as our three films so far have been. We want to continue our uninterrupted success. We are greedy (laughs).

Padman, Pari, Parmanu…What’s you connection with the letter ‘P’?
(Laughs) Yes, come to think of it, ‘P’ is as lucky for me as ‘K’ is for Ekta Kapoor.

Yes, and look what happened to your Kedarnath which had ‘K’ instead of ‘P’?
I am not saying anything right now. All I will say is, one has to take the good with the bad. No bouquet of roses comes without the thorns. God has been very kind to our production house. We hope to continue making the films that would make Hrishikesh Mukherjee and Basu Chatterjee smile.

Any plans of re-making any of their films?
I’d love to. And I am looking at it. But their films are so perfectly pitched in their mellow happy mood. I am scared to tamper with them. We are doing a remake of Satyen Bose’s classic Raat Aur Din where the very beautiful Aishwarya Rai Bachchan will play the legendary Nargisji’s role.

You can play the lead in Raat Aur Din yourself?
No thank you. I am happy being behind the camera. Maybe one day I’ll direct a film.