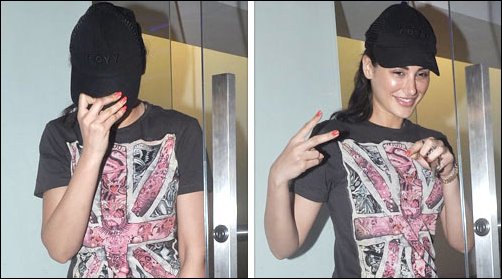 Its Monday again and time to shake the sleepy weekend webs off, but what better way is there to jump start the week ahead than with the famous mind teaser on Bollywood Hungama in the form of the Guess Who?


This week we feature an actress who made her debut alongside one of the future superstars of Bollywood. However despite her performance being recognized in the film, it was a whole two years after its releases that she was next seen on the big screen. However this year has been pretty busy for the actress with two releases though in one she had just a special appearance. As for next year this calendar model turned actress has yet another two films lined up.


So if you think you know who we are talking about then go ahead and give this week's Guess who a shot by posting in your answers below.