Superstar Singer 2 has been hosting some very popular celebrities from B-town. This weekend will feature one of the most entertaining celebrities of all times. Known for his dance moves and peppy roles, the singing reality show has invited Govinda as the guest for the weekend episode. His entry definitely left the judges and contestants with a smile. 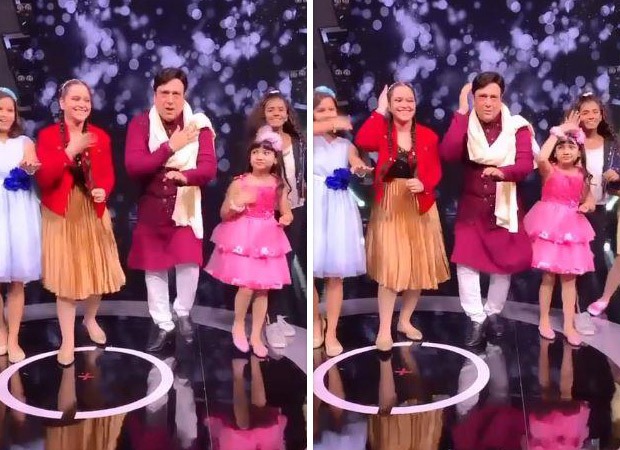 Govinda makes everyone groove on the sets of Superstar Singer 2

Known for films like Raja Babu, Bade Miyan Chote Miyan, Coolie No. 1, among others, Govinda has left us a legacy of dance moves. Needless to say, the actor was invited on stage to showcase some of his popular hook steps. A recent boomerang video from the sets of Superstar Singers 2 featured the actor doing one of his iconic moves and he was accompanied by some of the girl contestants from the show like Sayisha, Sayantani, Vishwaja, Harshita and Aruna Das. The smiles on their faces as they met one of their favourite actors were truly priceless. Here, have a look at the video:

Speaking of Superstar Singers 2, the show provides a platform for budding singers to showcase their talent. They perform under the guidance of judges Alka Yagnik, Himesh Reshammiya and Javed Ali. The show, in the past, has featured many Bollywood actors, musicians, and singers as their celebrity guests.

Also Read: Superstar Singer 2: This weekend will be an interesting combination of music and fitness!