Khatron Ke Khiladi 12 contestant Rubina Dilaik will be adding a new feather to her cap this year with her debut in films. She will be seen in the OTT streaming movie Ardh alongside Rajpal Yadav, Hiten Tejwani among others. While this has been a new journey for the Choti Bahu actress, she is more than excited about this new step in her career. Needless to say, she has spoken about the experience of shooting for a film and also about working with young filmmaker Palash Muchhal. 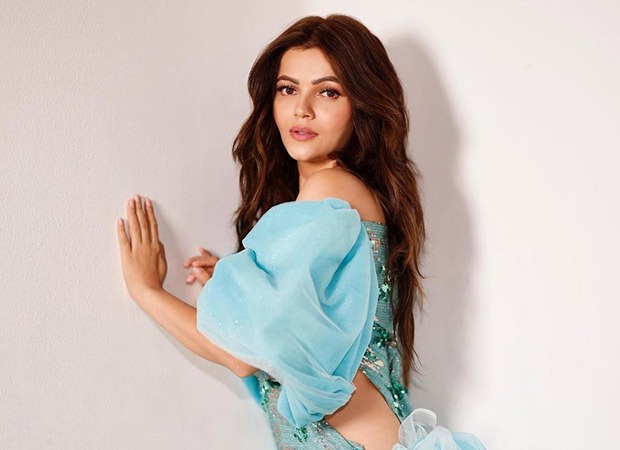 “The most memorable moment from the shoot is the song Ishq Ka Mhanja”, says Rubina Dilaik on her forthcoming film

Speaking about the memories she made during the shoot of Ardh, Rubina Dilaik said, “The most memorable moment from the shoot is the song Ishq Ka Mhanja. We learned the choreography on the set and created spontaneous moments. I still remember, the energy on the set was high and electrifying.” Further, about working with Palash Muchhal, Rubina added, “Working with Palash was one of the most experiential moments because it's great to see young people coming up and taking the forefront. I am proud of the fact that at such a young age he is mustering his craft and paving his path ahead.”

In an earlier interview, Rubina had spoken about her debut venture saying, “As my debut project, I am all prepared to soak in the experience and learning that will come along the journey. I have stepped in with a blank slate, and I feel secure to have started my new innings with a visionary like Palash and a talented co-star as Rajpal Sir.”

While the film Ardh will be premiering on June 10, 2022, Rubina Dilaik is prepping for the adventure reality show Khatron Ke Khiladi 12. She will be competing with the likes of Shivangi Joshi, Sriti Jha, Jannat Zubair among others.