Actor Glen Powell, who is a close friend of Nick Jonas, seems to have become a third-wheel. The actor recently celebrated his birthday and Nick had a special photo to wish him. 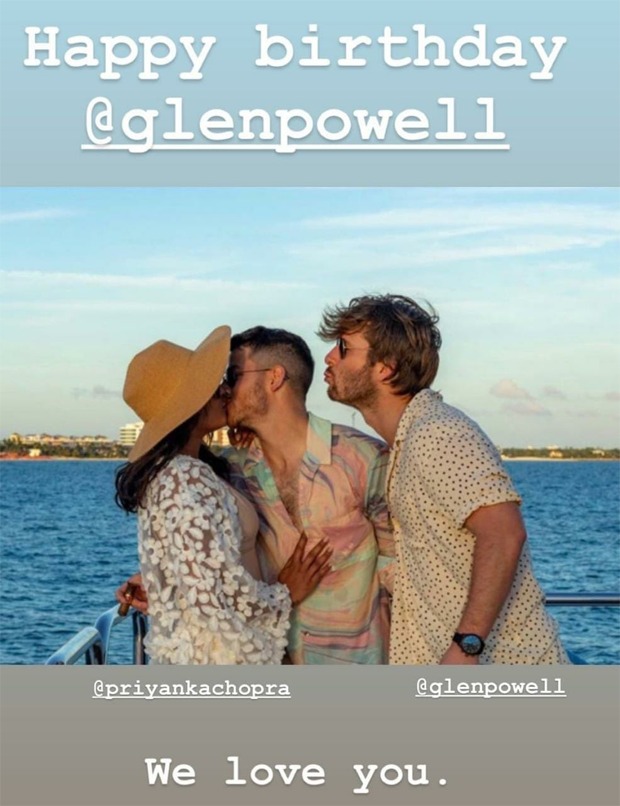 Sharing a photo on his Instagram, Nick Jonas was seen giving a sweet kiss to Priyanka Chopra as Glen was happily third-wheeling. The 27-year-old singer captioned the photo, "Happy birthday @glenpowell. We love you!"

Glen Powell will be next starring in Top Gun: Maverick alongside Tom Cruise.

On the work front, Priyanka Chopra has inked a two-year multimillion first-look TV deal with Amazon Studios. She has two Netflix productions in the pipeline - We Can Be Heroes and The White Tiger. She is also working on a wedding comedy with Mindy Kaling and a biopic on Ma Anand Sheela. Besides these projects, she will star in Keanu Reeves' The Matrix 4. She will also star in Citadel by Russo Brothers for Amazon Prime Video with Richard Madden.

ALSO READ: Priyanka Chopra says her memoir Unfinished will show the human side of her