Actress Priyanka Chopra will soon be releasing her upcoming memoir titled Unfinished. After teasing several parts of her book and what fans can expect, she recently shared the cover on social media on October 2.  Priyanka says that the memoir will show the human side of her. 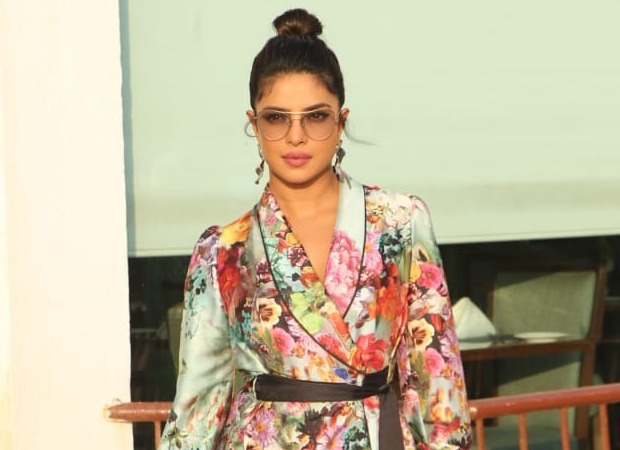 Speaking to a daily, Priyanka Chopra revealed her friends, family and her team have been the key people who have been part of her journey. The book will give an insight into her life with a sort of in-between interviews showcasing both her public life and how she is in real life. She said that she was just a small-town girl who had dreams and aspirations bigger than she was supposed to have. She hopes that the reader understands the resilience and grace under fire that was needed to chase the dreams.

“Ironically, I named this memoir years before I started writing it," she had written on Instagram. "Having been a public person now for 20 years, with so much life to live and a long list of things to check off my list personally and professionally, I am very much #Unfinished."

She added, "BUT the funny thing about writing a memoir is that it forces you to look at things differently, reconciling so many things you thought you had put to bed. In doing so I’ve realized that being “unfinished" has deeper meaning for me, and has in fact been one of the most common threads of my life."

On the work front, Priyanka Chopra has inked a two-year multimillion first-look TV deal with Amazon Studios. She has two Netflix productions in the pipeline - We Can Be Heroes and The White Tiger. She is also working on a wedding comedy with Mindy Kaling and biopic on Ma Anand Sheela. Besides these projects, she will star in Keanu Reeves' The Matrix 4. She will also star in Citadel by Russo Brothers for Amazon Prime Video with Richard Madden.

ALSO READ: “My quest in life, as a producer, is to influx Hollywood with brown people” – Priyanka Chopra on co-producing Evil Eye for Amazon Prime Video