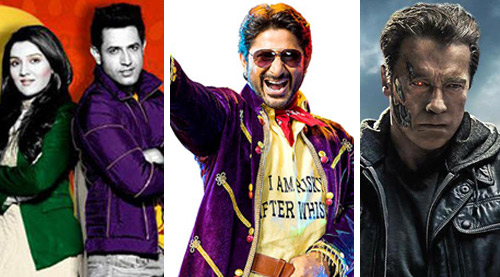 Says Kang, "I believe while Terminator Genisys caters to the English-speaking, action-loving young audience of the multiplex. My film Second Hand Husband, being a family comedy, would appeal to one and all."

Subhash Kapoor, the director of Guddu Rangeela, says he doesn't know that Terminator is releasing. "I am sure both films will find its audience," he says.

Amit Sadh, who plays the lead in Guddu Rangeela, says, "Every film finds its audience. Besides, I'm a big fan of Arnold Schwarzenegger. On a lighter note, it is human beings versus machines. Take your pick."

Disha Patani has the sweetest wishes for her…

Amidst the coronavirus outbreak, Arnold…