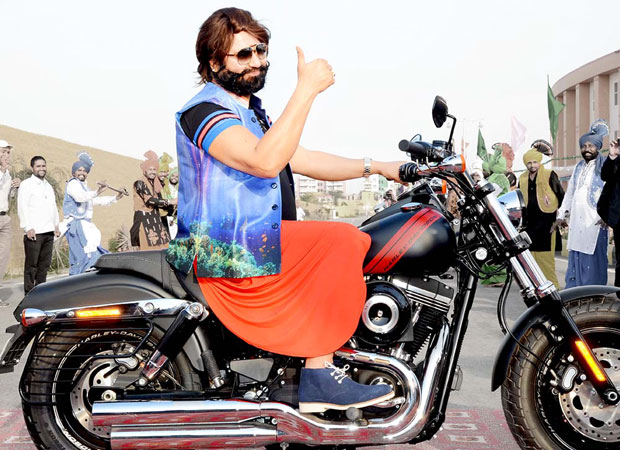 Dr. MSG the acclaimed actor, director, singer and the all in one personality, is here with a Comedy flick Jattu Engineer. Dr. MSG donning the role of a comic character is totally delightful for His millions of Fans worldwide. Apart from comedy and laughter, this Jatt has much more packed in his armor. He is by all means, an all in one package. One, that can give hiccups to all the lazy folks, with his humorous punches and with his extremely witty ways of straightening them with his engineering, as he fiddles with wires and buttons.

Donning the role of a headmaster, Dr. MSG is packed with practical knowledge & preaches the same. Jattu Engineer will amuse you at every step, be it, putting colors on his frenemies by digging up a pit and filling it with colored water, underneath a bed, which is encapsulated with a colorful bedsheet, or his unique style of waking up his fellow folks with shots of electricity. He surely aces every department with his hilarious antiques. Jattu Engineer is loaded with some high on energy dialogues, and some amazingly crafted fun sequences.

Dr. MSG as Jattu Engineer dons a double role as two totally different personalities and both are equally high on science quotient. His knowledge of science and the way he puts it to use will make you forget yours. Watch out for this Engineer, sans degrees, who is every bit a challenge to all the Baaps of Science.