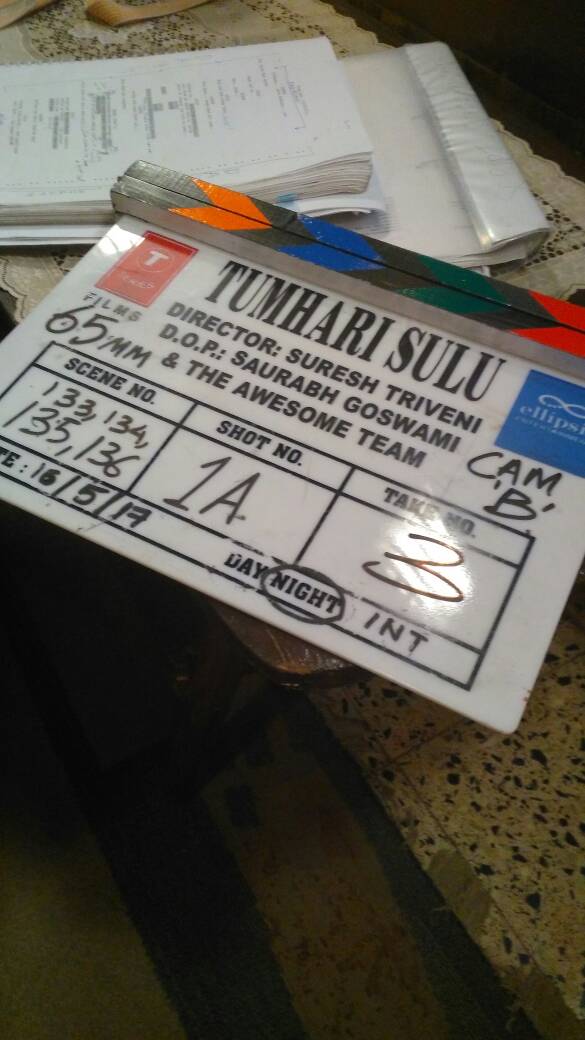 Earlier we had reported that the Vidya Balan starrer Tumhari Sulu had gone on floors with a rather unique muharat. In fact the makers of the film, of which shooting was due to commence on April 23, began the same with a pooja that included the mothers of producers, Tanuj Garg, Atul Kasbekar and Shanti Sivaram, and director Suresh Triveni. Well now we hear of yet another unique gesture being done by director Suresh Triveni for the cast and crew of the project.

In fact, the clapper- board being used by the makers of the Vidya Balan - starrer Tumhari Sulu, proclaims that filmmaking is truly about team-work and stands as a wonderful acknowledgment of that. Triveni, who believes in acknowledging the entire team and hence developed the clapper that for the first time credits the entire team.

As for the film Tumhari Sulu is produced by Bhushan Kumar, Krishan Kumar, Tanuj Garg, Atul Kasbekar and Shanti Sivaram Maini and is slated to release on December 1, 2017.