Fukrey is a film that made its entry into everyone's lives. This film was equally loved by all age groups owing to its perfect comic timing and light-hearted nature. Keeping this in mind the producer of the film Excel Entertainment has announced an animated series of the same. The animated series which is being called as Fukrey Boyzzz will go on air from the 12th of October. The show will unleash the same madness of the characters Choocha, Hunny, Laali and Bholi as it was shown in the film. 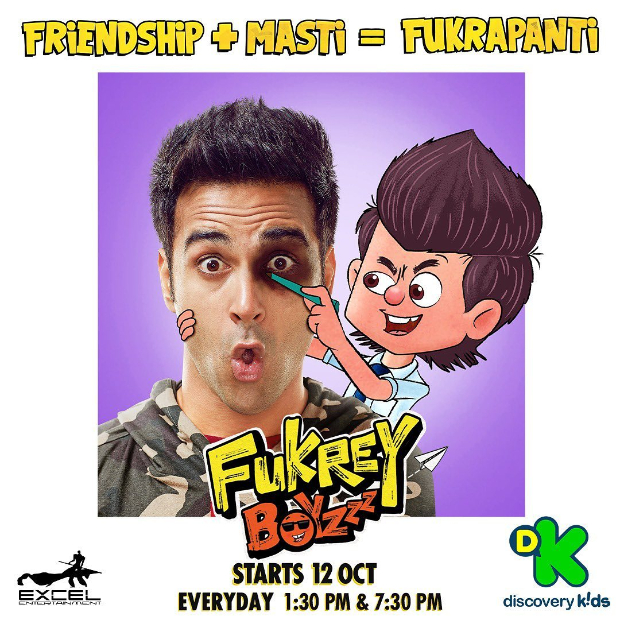 The trailer of the show has just been released by the makers of the film Farhan Akhtar and Ritesh Sidhwani and its already been hugely applauded on social media. Sharing the eccentric animated trailer of Fukrey Boyzzz, Farhan Akhtar shared, "#Fukrey created history; #FukreyBoyzzz can potentially rewrite rules in the kids’ genre."

The show will deal with the younger versions of the characters and will portray the 'masti' they had during their school days.  Just like the film the show promises everyone peals of laughter and a good, happy mood post watching the episode. Coming on air from the 12th of October episodes would be telecasted every day at 1:30 pm and 7:30 pm.

ALSO READ: Chhichhore actor Varun Sharma says there is a thin line between cute and vulgar while writing entertaining characters