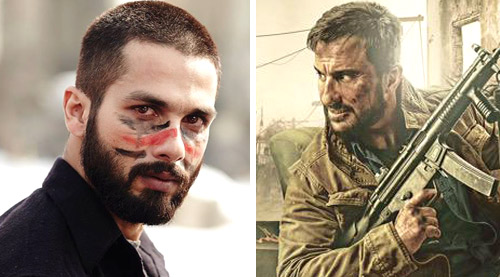 Last year, Haider explored the issue of terrorism in Kashmir, and was picked up by the discerning audience who were bowled over by the realistic treatment meted by Vishal Bhardwaj. The film won rave reviews and also went on to do good business at the Box Office, especially if one considers its genre. By bringing in over 60 crore from theatrical revenue, the film established the fact that there is indeed an audience out there which is hungry for cinema which boasts of good content and is willing to lap up interesting storylines despite being unconventional.


Now with Phantom too centered on terrorism and promising to bring on realistic entertainment on screen, one looks forward to how it eventually plays on screen.


"This is clearly one of the most different films that Saif Ali Khan has done in the recent times," informs our source, "For long, he was pining to spearhead a film that deals with topical issues, and yet bring on good entertainment for the audience. He was looking at finding a good balance in the narrative and when Kabir Khan spoke to him about Phantom, he was intrigued enough. He had liked the manner in which Kabir had directed New York and was more than confident that he would be able to pull off Phantom pretty well."


At the very onset, it was clear to all involved that this won't be another Ek Tha Tiger in the making. So even though Katrina Kaif, Kabir's favorite leading lady, was roped in, all involved with the film - including producer Sajid Nadiadwala - were sure that they didn't want to compromise on the core intent of the film, despite ton loads of action and thrills incorporated into the script.


"The film tells the story of an A-Team which avenges the attacks of 26/11," the source adds, "It is about retribution, which means the story has to be handled very sensitively. There have been very few films in the past which have dealt with terrorism and yet managed to leave an impact. Haider is one such film. Though Kabir Khan has a story telling style different from that of Vishal's, the class treatment is pretty much expected from him."


Insiders claim that this is what Kabir Khan has managed to achieve, and that too by shooting across continents and still managing to finish the film's shoot at a budget of around Rs. 40 crore. While commercially it is a safe bet indeed, the idea is to reach out to the widest audience possible and expand the territory for films belonging to this genre which is trying to make a space for itself in the world of Hindi films.


Sajid Nadiadwala and Siddharth Roy Kapur (who also produced Haider) are making sure that the film gets its deserving platform and a month long promotional campaign is already in action to set the stage right for 28th August release of Phantom.