Now that the logo of Brahmastra has been launched during Kumbh Mela, it’s time to get a further sneak peek into the grand superhero sci-fi film. Ayan Mukerji, who recently debuted on Instagram, is ensuring that he unveils some tid bits about his magnum opus almost every day on the platform. The latest one is the FIRST LOOK of Shiva, the protagonist played by Ranbir Kapoor. 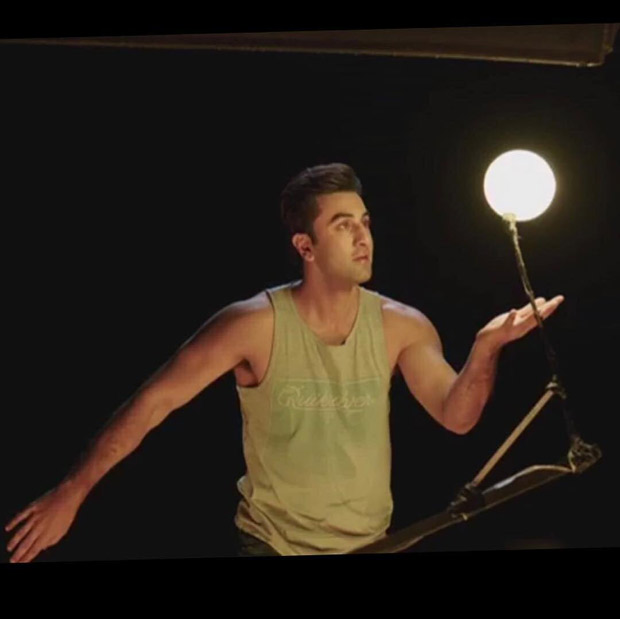 While Ranbir Kapoor looks young and charming, the photo attempts to give a glimpse of the power that Shiva possesses. If it is anything to go by, if looks like Ranbir attempting to hold the sun. Filmmaker Ayan Mukerji shared this avatar of Ranbir on Instagram saying, “magic. #brahmastra #agni #shivadiaries.”

The logo of Brahmastra was unveiled at the famous Kumbh Mela that was held last month. The core team took off to Allahabad for the same and even performed a special Pooja on Mahashivratri. Well, considering that Brahmastra too had a Shiva connect, the team thought this would be an auspicious moment for the film.

Interestingly, just a day ago, Ayan Mukerji revealed on Instagram that Ranbir Kapoor was initially Rumi in the film. Readers may be aware that Ayan had initially titled the superhero drama as Dragon. In the post that was shared earlier this week about Ranbir as Rumi, Ayan revealed that the movie underwent many changes including the character that Ranbir is supposed to play. And now reports also have it the Kapoor Scion was actually the first one to come on board for the film when Ayan discussed the idea with him way back in 2011.

Coming to Brahmastra, the film is expected to be a trilogy having elements of mythology in it. It also stars Amitabh Bachchan, Mouni Roy, Nagarjuna in integral roles. It is expected to release by the end of this year during Christmas.