Uri: The Surgical Strike starring Vicky Kaushal and Yami Gautam became the first hit of 2019 with an extraordinary run at the box office. The film has not only won accolades from critics and audience but the film fraternity and politicians have also given it a positive nod. Vicky Kaushal has come out as a shining leading actor and everyone is praising him. As the award season has begun, it seems like the actor will be performing as well. 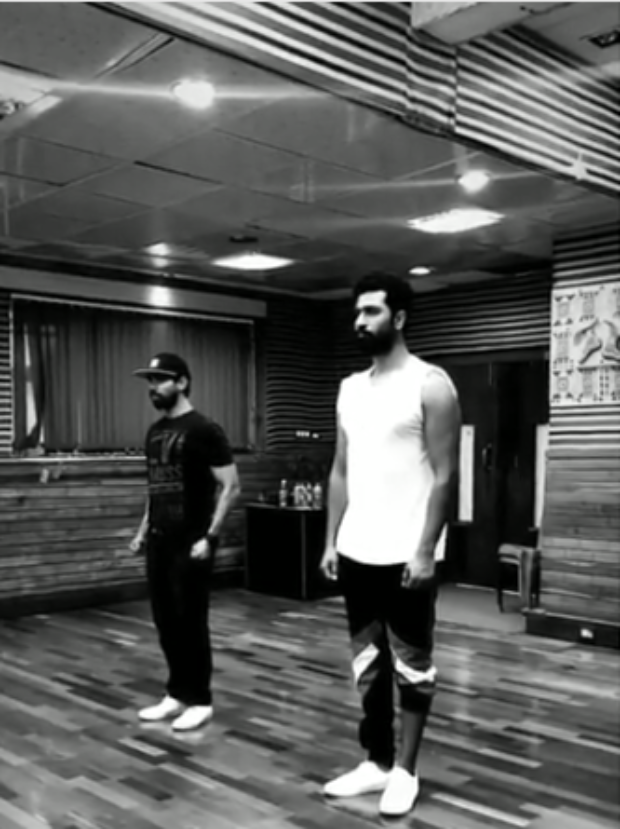 It seems like Vicky Kaushal will not only be attending but will reportedly perform at the upcoming Filmfare Awards 2019. This will mark is onstage debut at the prestigious awards show. While it hasn't been confirmed by him yet, his dance rehearsal video surely gives a hint to the fans. The actor was seen at a dance studio while rehearsing on some foot-thumping number and well, we can expect some fiery performance.

On the work front, Vicky Kaushal will soon begin prep for his next with Bhumi Pednekar which is a horror comedy. He has also signed Shoojit Sircar's Udham Singh biopic. Besides this, he is also starring in Karan Johar‘s directorial Takht which is a period drama starring Ranveer Singh, Kareena Kapoor Khan, Bhumi Pednekar, Alia Bhatt, Anil Kapoor and Janhvi Kapoor.

ALSO READ: "I haven't said good morning or good evening as much as I've said How's the Josh" - Vicky Kaushal