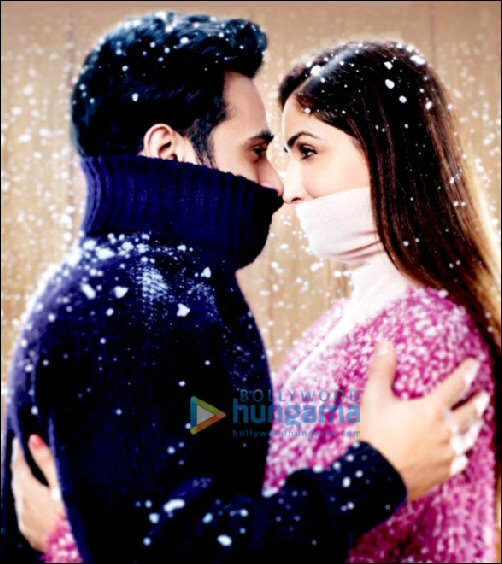 Divya Khosla Kumar turns director once again after Yaariyan with Sanam Re. Shot at many virgin locations in Canada, Ladak and Kalpa in Himachal Pradesh, the film is an eternal love story.

From hooting in sub-zero temperatures with barely any electricity in Kalpa to cycling to the sets in Calgary, the cast and crew has done it all to make this musical love story come alive on-screen. Producer Bhushan Kumar believes that his wife Divya has grown as a filmmaker as he said, "Divya's first film Yaariyan was a great success and she has grown as a director with Sanam Re that is an emotional love story with great music. I am confident that Divya will beat the success of her first film with this film." On the other hand, the filmmaker is glad about the way her film has turned out. Speaking on the same, she said, "I am extremely excited for this day as we all have worked tirelessly to make this happen. Sanam Re is a soul stirring love story and is very different from Yaariyan and people will realise the same from the trailer itself. From the script to the songs to the locales, every nuance has been researched thoroughly and the result is for all to see with the trailer."

From what we hear, the romantic drama will have music ranging from soulful to peppy beats. Starring Pulkit Samrat, Yami Gautam and Urvashi Rautela in pivotal roles, the trailer of Sanam Re is all set to release on December 17. As for the film, it is scheduled to release on February 12, 2016.