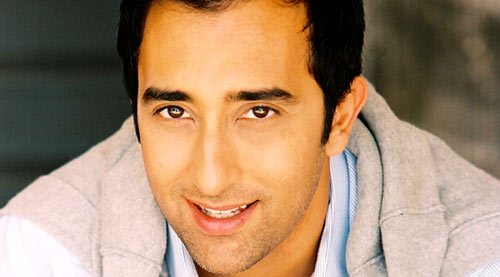 Tell us about your character in Fireflies and what's the story all about?
The film is a lyrical "mood-piece". There are no thrilling plot twists or big action sequences. It's a simple, poignant story about love, loss and redemption. Its set between Bombay today and the tea plantations of Ooty in the1980s and centers around two brothers and a tragic incident from their childhood that has coloured their relationship all their lives. I play the elder of the brothers who's a hotshot, big-city investment banker. The movie was shot on location in Bombay, Bangkok and Sri Lanka. It also has a really incredible soundtrack by Monica Dogra, Karsh Kale, Nikhil D'Souza & Indus Creed.

Did you find playing Shiv as challenging as your previous roles?
Every role had its own set of challenges. My character starts off being quite discontent. He's someone who has evolved into being ruthless in both his business and personal life and is starting to question his choices. During the course of the film he starts to allow himself to be more vulnerable. I'd never played someone in this headspace before so it took a while to find him within me. Before we started filming, we had an intense series of workshops and test shoots with all the actors and the technical team so we got to know each other and were very well prepared by the time the cameras started rolling for real.

How was your experience working with the cast and crew of Fireflies?
Everyone working on the project from both the technical and creative sides, were amongst the best in the business and were there for no reason other than to share in creating something new and different, so there was a great deal of camaraderie. Director Sabal Shekawat is one of India's top ad film directors so, in terms of visuals and production values, it is one of the most stylish and slick films I've worked on. All my fellow cast members, too, were wonderful. I have always admired Arjurn as an actor and the choices he made and, although we don't actually have too many scenes together, I really enjoyed the times we did share a scene. Monica is such a unique performer and her other than a wonderful performance, she has also contributed some incredible music for the film. It was also lovely working with Shivani Ghai who is new to India but has a large body of work from the UK and US. She was such a pro and a delight as a co-star. Aadya Bedi, too, really impressed me with her performance. I truly hope to work with them all again.

Can you share some anecdote from the making of the film... be it a scene that may be a great learning experience for you, or a scene in which you give a lot of retakes, a fun moment, a scene that was very demanding emotionally and physically?
In terms of memorable experiences, for some reason, I was plagued by major physical catastrophes right from the start! A couple of weeks before filming I had an accident and fractured two fingers whose nails then turned a very un-cinematic black! We tried all sorts of cosmetic tricks to cover them up but nothing worked and eventually we just settled for old-fashioned band-aids! There was also a day when, halfway through filming an important scene, I developed the most enormous pimple ever recorded in the history of dermatology, right in the middle of my forehead. There was simply no way to cover it up so it had to be digitally removed in post-production. And then, while on location in the rain forests of Sri Lanka, the day before shooting a scene where I had to have my shirt off, I went for a swim to the river and was attacked by a swarm of sand flies who left me with about a thousand angry, red bites all over on my back. But, thanks to the genius of cinematographer Shanker Raman's camera work and lighting, you can't tell.

What do you have to say about the trend of Bollywood movies originally been made in English language like Finding Fanny, and now Fireflies? Do you think there are enough takers for Bollywood films in English language or the audience will prefer to go for Hindi version, not likely to experiment with their entertainment quotient?
Both should co-exist! I think it's important for the audience to have choices and for us, as artists, the only way one can grow, creatively, is to constantly try new things. Fireflies might not be everyone's cup of tea but hopefully it will find an audience and perhaps pave the way for others who want to create something different and new.

Fireflies was being directed by Sabal Shekhawat and it is his first feature film. Do you get nervous working with new directors?
Although this is Sabal's first feature film, he's hardly new. He is one of the country's top ad filmmakers and has produced and directed numerous award-winning commercials. In any case, I think it's exciting and a privilege to work with a first-time director.