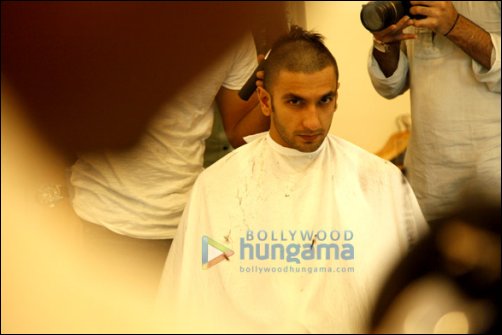 Earlier we had carried the first image Priyanka Chopra tweeted while on sets of her next Bajirao Mastani. Now we hear that while Sanjay Leela Bhansali has finally started shooting the film, Priyanka's costar Ranveer Singh will soon start shooting with his new bald look.


In fact Ranveer Singh who plays Bajirao, had earlier cut himself off from the outside world to focus on the role. And now he shaved his head for the role.


Said to be a period epic, Bajirao Mastani is co-produced by Sanjay Leela Bhansali and Eros International, the film is expected to recreate a chapter of Maratha history that would require mammoth expenses. And is also expected to be one of Bollywood's biggest films budget wise.