Last Updated 01.10.2022 | 9:42 PM IST
feedback language
follow us on
Bollywood Hungama » News » Bollywood Features News » Fast And Furious 9 averts collision with Bellbottom but will now CLASH with Shang-Chi And The Legend Of The Ten Rings; Marvel film to have a day-and-date release in India on September 3

Last month, Universal Pictures announced that the much awaited action entertainer, Fast And Furious 9, will finally release in Indian cinemas on August 19. A day after this announcement, the makers of Akshay Kumar-starrer Bellbottom made it clear that their film will also release on the big screen on the same day. The clash seemed imminent but last weekend, Universal decided to move to September 3. The trade and exhibitors heaved a sigh of relief as both are big, exciting films. If they had clashed, it would have led to divided business. And in these pandemic times, when certain states like Maharashtra are still not operational and night curfew is going on at several places, it would have affected the business big time, according to the trade. 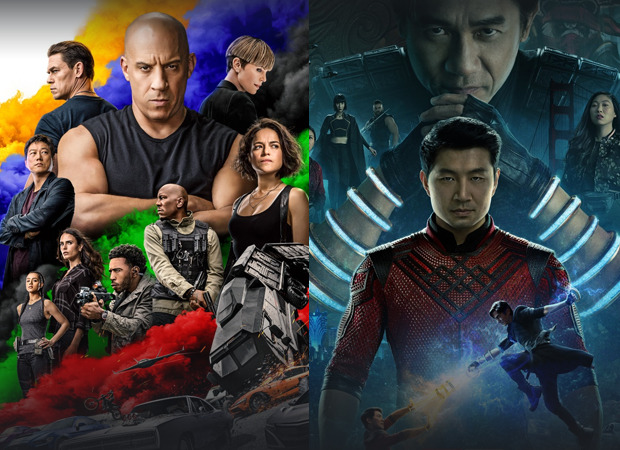 Fast And Furious 9 averts collision with Bellbottom but will now CLASH with Shang-Chi And The Legend Of The Ten Rings; Marvel film to have a day-and-date release in India on September 3

Sadly for Fast And Furious 9, it still won’t be able to enjoy a solo run even on September 3. Today, the team of Disney India announced that they are releasing their Marvel film, Shang-Chi And The Legend Of The Ten Rings, in India on the same day. Interestingly, it releases in our country on the same day as the USA, UK and many other nations.

A trade expert told us, “Shang-Chi And The Legend Of The Ten Rings can work in India as there are a lot of Marvel fans here. The Indian marketing team should make viewers aware, especially those watching dubbed versions, that this film is from the same universe of Avengers, Spider-Man, etc. Also, unlike other Disney and Marvel films, Shang-Chi And The Legend Of The Ten Rings won’t premiere simultaneously on the digital platform (Disney+) in the USA. It’ll have a 45-day exclusive theatrical run before coming on OTT. So, high-quality pirated prints won’t be available for a long time, unlike what happened with the recent Marvel release, Black Widow (2021). If viewers want to see the film, they’ll have to go to the theatre.”

The trade expert also said that Bellbottom vs Fast And Furious 9 would have led to problems in screen sharing but the same problem won’t arise if these Hollywood films clash. However, an exhibitor observed, “Both films would need IMAX and 4DX screens. They’ll have to divide the shows now on these screens. I hope even this clash doesn’t take place.”

Also Read: Venom: Let There Be Carnage pushed to September 17 to avoid clash with Fast And Furious 9