Farhan Akhtar and Shibani Dandekar announced their relationship quite a while ago and the duo is adored by their fans. With Farhan Akhtar prepping for his upcoming film Toofan, he manages to take time out for his lady love. His rigorous training has kept him busy as he will portray the role of a boxer in the film. While he keeps updating his fans with the pictures and videos on his social media, his recent one has all our hearts. 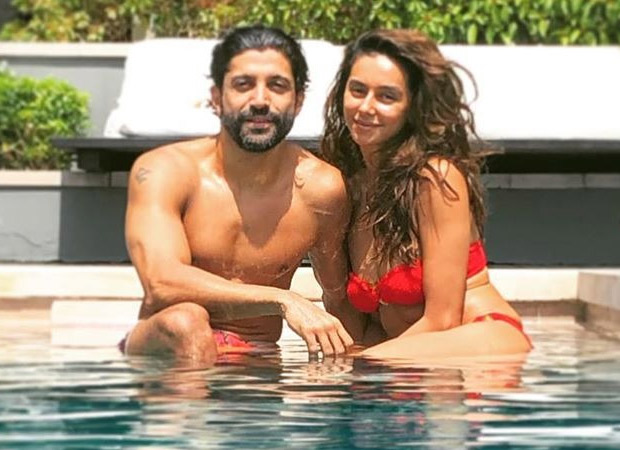 Farhan posted a picture on his Instagram where he is posing happily with his girlfriend, Shibani Dandekar. Shibani is seen in a gorgeous tangerine bikini while Farhan is shirtless, making their fans drool over the happy couple. He uploaded the picture with the caption, “At, by and on your side. @shibanidandekar ❤️ #poolheads #kohsamui #FarOutdoors”

Giving major couple and fitness goals, Farhan and Shibani look oh-so-in-love every time they are together!