Last Updated 24.09.2022 | 9:35 PM IST
feedback language
follow us on
Bollywood Hungama » News » Bollywood Features News » EXCLUSIVE: “We are growing up together”- Anushka Sen on her bond with Jannat Zubair

Anushka Sen and Jannat Zubair are two of the most popular social media influencers. Both started their career as actors in television and are now well known faces on social media. Jannat has over 23 million followers on Instagram while Anushka has nearly 14 million. The teenage girls also share a great bond. In an exclusive conversation with Bollywood Hungama, Anushka Sen opened up about the relationship she shares with Jannat and her little brother Ayaan. 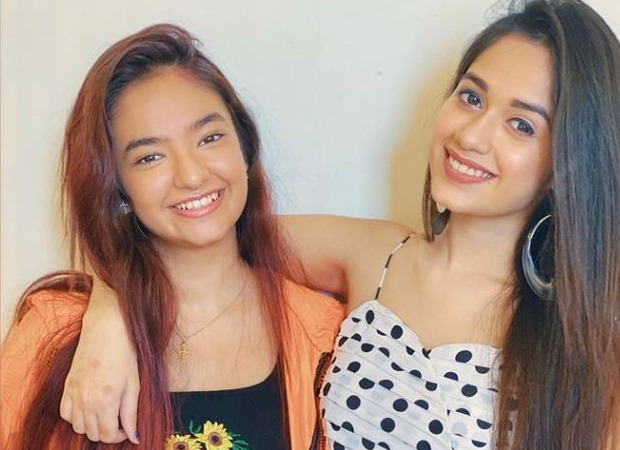 EXCLUSIVE: “We are growing up together”- Anushka Sen on her bond with Jannat Zubair

Talking about her bond with Jannat, Anushka said, “I have known Jannat for a while now. We are growing up together and we met at a party. But recently we connected and now share this amazing friendship. Ayaan is actually like a little brother to me. I don't have any siblings and he knows that. We have that beautiful bond of brother-sister. The first time I tied rakhi to him he was so emotional. It was a very emotional moment for me as well. I have a beautiful bond with Jannat, Ayaan, their family and I go hangout with them; it's lovely.”

Meanwhile, on the work front, Anushka Sen who is all of 18 is looking forward to the release of the web series Crashh which marks her digital debut.