The independent music scene in India has seen a positive growth in the past few years with musicians exploring their creative side and bringing new and different music for the audience. Now, singers Darshan Raval and Neeti Mohan have released the single titled Vilayati Sharaab which was released earlier today. The song features Heli Daruwala and Allu Sirish. 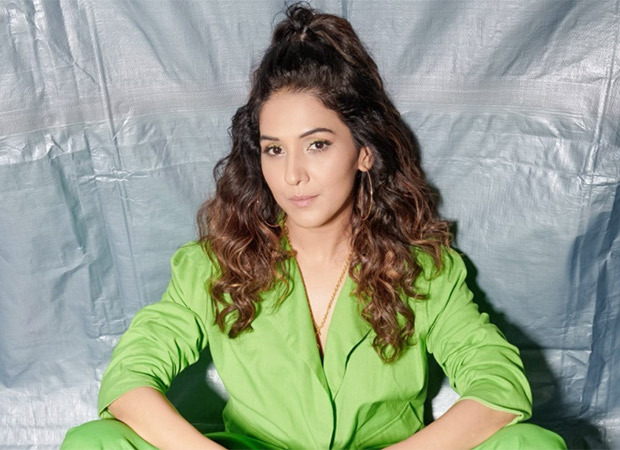 In an exclusive conversation with Bollywood Hungama, Neeti Mohan opened up about ‘Vilayati Sharaab’. “This song is a fun dance number and it has a very naughty romance also happening. Basically, the song is about the girl's eyes which is reminiscent of vilayati sharaab,” Neeti said.

This is the second time Neeti is singing alongside Darshan Raval. The two had earlier collaborated for the hit song 'Kheech Meri Photo' years ago. On collaborating with Darshan, Neeti said, “I think the first song Himesh made us sing together was 'Kheech Meri Photo' many years ago. As an independent song, this is the first time. When I received the call, I thought it would be a love song, because of late I saw mostly beautiful ballet songs from Darshan. So, I thought it would be a love song. But when I heard the track I was pretty surprised that ‘wow it is a dance number'. It is coming around Holi so the timing is perfect.”

Neeti Mohan has been a playback singer for nearly ten years now and has sung songs in Hindi and other regional languages as well. When asked about the rise of independent music in India, Neeti said, “There has been a surge in independent music in the last couple of years. I think that has given artists the freedom to create a lot of music and whatever they want to express. They have their tools to promote their songs. They can put it on their social media and people are able to hear it. It is such a great freedom to all musicians. Having the power to share whatever creatively they feel and the kind of song they want to put out. As for film songs, they are based on a script and they have to be situation related. There is the difference between the two. In independent songs, you can do a dance number , a ballet, a heart break song. You can do hip hop as well.”

‘Vilayati Sharaab’ song lyrics are penned down by Kumaar while music is given by Lijo George – Dj Chetas and video is directed by Adil Shaikh.