Four years since his debut in co-ed group KARD, Korean-American rapper BM makes his solo debut with a triple single album titled The First Statement. Following the release of his English pre-single ‘Broken Me’ in May 2021, the rapper dropped the music video for the title track for the lead single ‘13IVI’. The title symbolizes the year 2013 when BM decided to become a trainee in South Korea after living his whole life in America whereas IVI is means ‘I vision I’ meaning how he envisions himself. 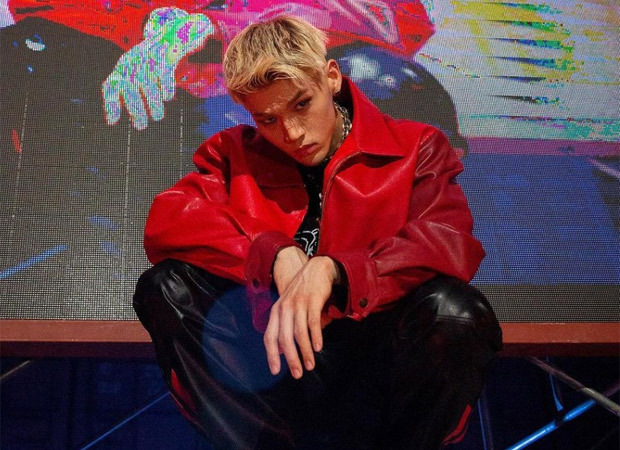 The hip-hop track with powerful synths and synth basses of electronic and groovy rhythms of hip-hop is the perfect dance anthem as BM reflects on his journey in the industry. He draws inspiration from his career and that he ended up turning this vision into a reality – “My spirits have been the same since I was a kid / (Work) Evеn if you rid me of my arm and legs / (Work) I move forward, nеver press on the break / I’m the prime example of a hustler, I always hit a new level.”

The triple single album also has a Korean version of the ‘Broken Me’ track talking about his internal struggles while trying to debut in the industry. The third track is the sensuous deep house song ‘Body Movin’ which focuses on falling for someone through body language rather than words. All tracks have BM’s participation in the songwriting and composition along with the conceptualization and production part of it. The title track is absolute bop whereas the other two tracks make up for a fun listen as well. Or what we call in stan language - they exude BM energy.

Back in June 2021, BM spoke to Bollywood Hungama at length about his single 'Broken Me' and now he speaks about his album The First Statement, the inspiration behind his music, the solo concept, and more.

ALSO READ: EXCLUSIVE: KARD’s BM on his solo debut with ‘Broken Me’, channeling internal struggles in his music, and working with Penthouse star Park Eun-seok