Marjaavaan Movie Review: The Sidharth Malhotra Tara Sutaria starrer MARJAAVAAN is a true blue masala entertainer that has the potential to impress its target audience.

The excellent box office performance of SATYAMEVA JAYATE was one of the success stories of 2018. It catapulted director Milan Milap Zaveri into stardom and that too at a time when many thought that his directorial career was in trouble. Now the filmmaker is back with MARJAAVAAN, which also seems like a very commercial masala fare, like his earlier flick. So does MARJAAVAAN manage to entertain and provide paisa vasool entertainment to the viewers? Or does it fail to entice? Let’s analyse. 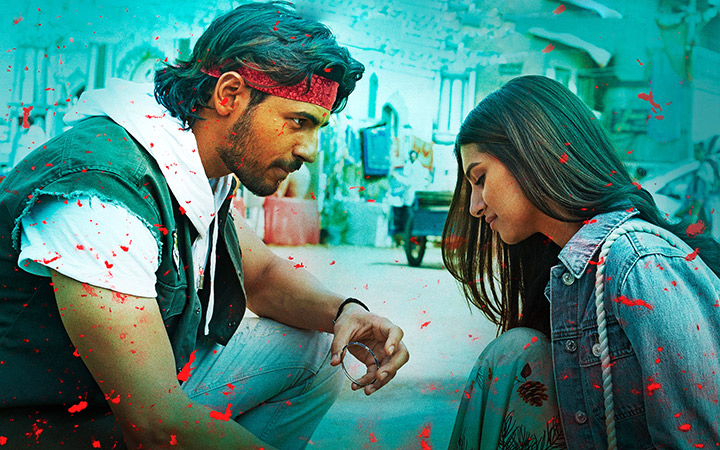 MARJAAVAAN is the story of unrequited love, set against the backdrop of the underbelly of Mumbai. In one of the poorer areas of Mumbai, Narayan Anna (Nassar) calls the shots. He has an army of men at his disposal and the most faithful of them is Raghu (Sidharth Malhotra). As an infant, he was found abandoned and it was Narayan Anna who raised him. Raghu is faithful and dedicated and always in the good books of Narayan Anna. As a result, Narayan’s son Vishnu (Riteish Deshmukh), a three-foot-midget, feels very jealous and he detests Raghu. The said locality also consists of a brothel where one of the nautch girls is Arzoo (Rakul Preet Singh). She is in love with Raghu but the latter doesn’t believe in this concept. It all however changes when Raghu comes across Zoya (Tara Sutaria), a mute girl from Kashmir. She teaches him the power and importance of music and love. In no time, both fall for each other. Things go smooth until one day, Zoya witnesses a murder committed by Vishnu. Vishnu informs Narayan Anna about it who in turn tells Raghu to finish off Zoya! Raghu decides to elope with Zoya but he’s caught by Vishnu’s men at the bus stand. Also, Vishnu kidnaps two kids - Timepass (Om Kanojia) and Payal (Alina Qazi) – both of whom train under Zoya. Narayan Anna then gives Raghu two choices – eliminate Zoya and save Timepass and Payal. Or else, everyone will die. Zoya insists that Raghu should kill her and Raghu reluctantly does so. Raghu is shattered like never before and he’s arrested by ACP Ravi Yadav (Ravi Kishan). What happens next forms the rest of the film.

Milap Milan Zaveri's direction is decent, considering the genre and space. Not many can pull off such a film but Milap manages. A few scenes are well executed like Vishnu’s entry, Tara and Raghu falling in love and in the second half, Raghu getting back in the revenge zone is a paisa vasool moment. On the flipside, the character of Vishnu needed to be more menacing. Also, the film dips at a few places and also becomes predictable. A few developments are not very convincing either.

MARJAAVAAN has a bit of an awkward beginning. The execution is a bit weak and hence it takes a while to get used to the setting and characters. Also, the opening fight is massy to another level and audiences might not be prepared for such kind of masala. Usually, commercial movies are made in such a way that it can appeal to the multiplex audiences as well. But MARJAAVAAN is an exception as its content doesn’t appeal to the sensibilities of the multiplex viewers. A few scenes seem unconvincing. The manner in which the religious harmony bit is presented looks a bit forced. The intermission point is fine. The second half doesn’t start on a great note and seems a bit dragging. The action quotient dips as Raghu abandons all plans of revenge. But the scene where he decides to fight back is when the film rises again. The climax fight is massy as expected but also convenient.

Sidharth Malhotra tries his level best and in some scenes, he does shine. But his performance is a bit weak overall. He should have gone really all out as that would have really helped. Riteish Deshmukh also gives his best and his three-foot height gives him a nice edge. Sadly, he’s letdown by the writing of the character to some extent. Tara Sutaria is lovely and without mouthing a single dialogue, she makes her presence felt. Rakul Preet Singh is credited in a special appearance role but she has a supporting part and looks very glamorous. Her performance is decent. Nassar leaves a mark. Ravi Kishan is okay but his dialogue in the pre-climax about the police force will be met with claps in cinemas! Shaad Randhawa (Mazhar) is decent. Uday Nene (Gopi) and Godaan Kumar (Shafi) are passable. Same goes for Suhasini Mulay. Nora Fatehi is sizzling as always.

Music is soulful and peppy. 'Tum Hi Aana' is like the theme song and well utilized. 'Thodi Jagah' is touching. 'Kinna Sona' is nothing great. 'Ek Toh Kum Zindagani' is smoking hot and 'Haiya Ho' is in the same zone.  Sanjoy Chowdhury's background score adds to the massy element, especially in Sidharth’s fight scenes.

Nigam Bomzan's cinematography is appropriate. Priya Suhass' production design is not very appealing. Amin Khatib's action is very over the top. Akshay Tyagi's costumes are stylish. Futureworks's VFX is quite good, especially in making Riteish a three-foot-baddie. Maahir Zaveri's editing could have been a bit crisper.

On the whole, MARJAAVAAN is a true blue masala entertainer. At the box office, it has the potential to impress its target audience in the single screens.

EXCLUSIVE: Tara Sutaria on the backlash that her song ‘Masakali 2.0’ received – “I understand that people didn’t like it”

Box Office - Marjaavaan faces competition from Commando 3 in its third weekend, brings in some footfalls

The story line is not innovative and has the same old melodrama. One might get bored in between the…