John Abraham is soaring high as his film Parmanu – The Story of Pokhran is resonating with the audience and has crossed the Rs. 60 crore mark at the box office. Now, moving onto his next project, John Abraham has already completed Satyameva Jayate which is set for Independence Day release. He has also begun working on Romeo Akbar Walter. Interestingly, the Independence Day won’t be just one film release day. Akshay Kumar is also starring a biopic titled Gold which will clash with John’s next film, Satyameva Jayate. Not only these two films, Yamla Pagla Deewana Phir Se starring Dharmendra, Sunny Deol, Bobby Deol and Kriti Kharbanda is also releasing on August 15. 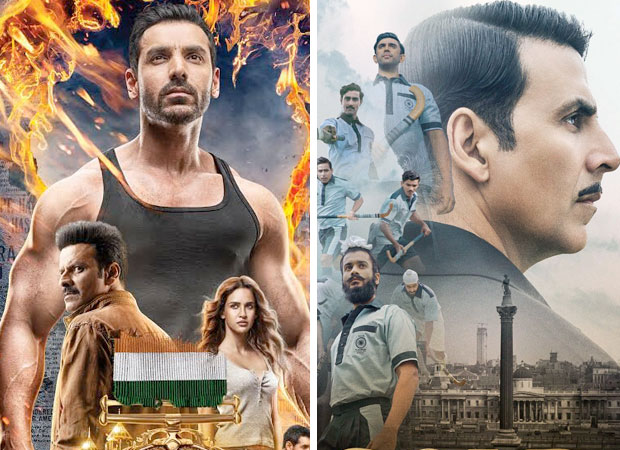 Akshay Kumar and John Abraham have been close friends for a really long time. They have done several movies including Desi Boyz, Housefull 2 and Garam Masala. Speaking to Bollywood Hungama about clashing with not one but two films and the business at the box office, John Abraham said, "First of all, I am an actor on the film and not the producer. But, if I speak at a capacity of a producer, then yes. Screens are going to be shared between the films. But saying that does a big day like August 15 has space for two big films? The answer is yes. Does it have space for three films? I don't know. I think it's a very big day and I would love to see Satyameva Jayate which is topical and very specific to that release date."

Earlier at the success party of Parmanu – The Story Of Pokhran, he was asked how he feels about the box office clash with his friend Akshay. “Akshay is an actor in Gold and I am an actor in Satyameva Jayate. That’s a producer’s decision. It is about Excel Entertainment and T-Series, so I have no say in that at all. As far as competing with Akshay is concerned, I want to make it clear that he is my senior in the industry. I love him and I have always wished the best for him and I am sure he will also want the best for me,” John said.