Kabir Khan directed 83 released in theatres after a long wait. The film which sees Ranveer Singh play Kapil Dev narrates the story of the team that brought home India’s first cricket world cup in 1983. Pankaj Tripathi, who is known for his versatility plays the role of P.R Man Singh who was the manager of team India and traveled with the 1983 Indian cricket team. “Back then it was just 14 players and Man bhai. Man Singh was the team manager, physiotherapist, all-in-one. There was no official coach as well,” said Pankaj Tripathi in an interview with Bollywood Hungama. 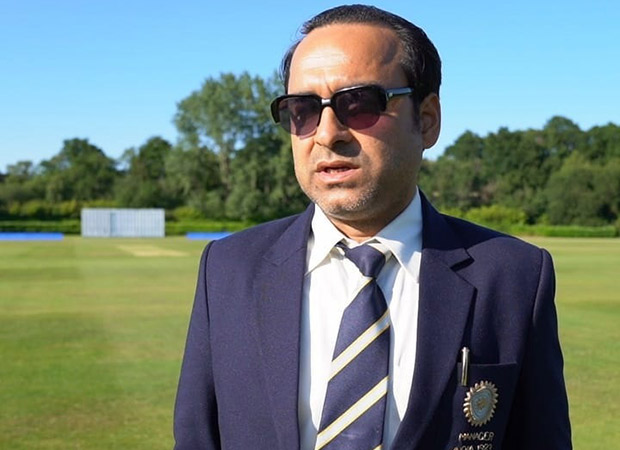 The film 83 has opened to a phenomenal response from critics and the audience. Talking about preparing to become PR Man Singh, Pankaj said, “I spent an entire day with him at his house in Hyderabad. Makeup was fixed by Vikram and got the right look. I didn't have to work much on body language as there is not much reference about him in the media. Whatever is there is in the present times. There were some photographs and footage from that time which I watched. More than the body language I try to capture a man's thoughts. A man's thought cannot be seen but it is the driving force of a person. Man Singh sir is a very disciplined and passionate cricket lover and he himself is a Ranji player. I heard a lot of stories from him when I met him.”

Pankaj Tripathi who is not particularly a fan of the game had little information about  PR Man Singh. But after getting a narration from Kabir Khan, he was introduced to new things and did his own research. "After going through the research material, I realised that it is just not a world cup, it was much beyond that," he said.

The actor who hails from a village in Bihar also said that he was not aware when India made history by registering their first win at the cricket world cup. “I came to know in 1988 that India won the world cup in 1983. I was around 7-8 years old back then and was playing 'Gilli danda' in the village. Little did we know that India was making history in London,” he said.

Further talking about PR Man Singh and the team, the actor said, “I was surprised that it was just 14 players and PR Man Singh. Only 15 people went for the world cup. They had no one along with them. Each cricketer had to carry their own luggage and travel from home to hotel to the ground and back to the hotel. They did not have any assistant or anyone else to help them. In today's time an entire team accompanies them. There is a lot of difference between the game then and now. 1983 was the moment that paved the way for the Indian cricket team and has made it the way it is today.”

ALSO READ: EXCLUSIVE: “In the process of recreating history, we actually relived it,” says Pankaj Tripathi on doing 83