Bhool Bhulaiyaa 2 actors Kiara Advani and Kartik Aaryan have been promoting their forthcoming film extensively. While the audience will get to see the two actors romancing each other in the film, the two actors discussed about their real life romance in an exclusive interview with Bollywood Hungama. 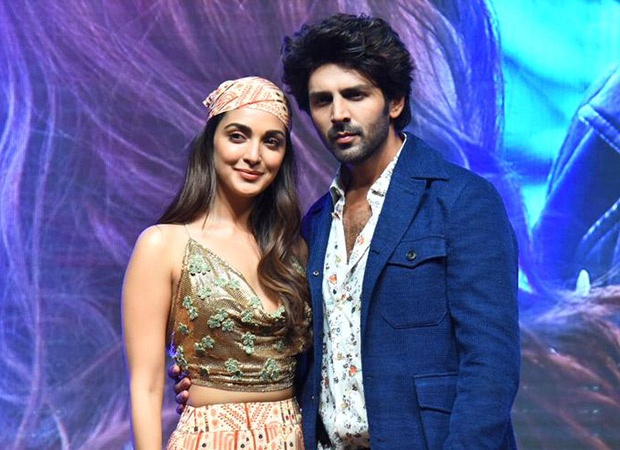 Kiara Advani got extremely candid while speaking during the rapid fire Q&A with Bollywood Hungama and the actress had some interesting answers to give. When Kiara was asked to give tips to the girl who will get married to Kartik Aaryan, the actress made some revelations about her Bhool Bhulaiyaa 2 co-star. “If you are listening guys… I will give some real tips. Kartik wants a girl who is very romantic, who knows how to balance work and personal life and third is… someone who has a good sense of humour.”

When she was asked about if Kartik would like a woman who cooks well, the actor was quick to chip in. He revealed, “I can cook.” To which Kiara added, “He requires someone who can eat and who can enjoy food.” It seems that she knows her co-star pretty well, since the actor immediately agreed to her statement adding that he would prefer a girl who likes to eat.

Speaking about the film, Bhool Bhulaiyaa 2 is a sequel to the 2007 film that featured Akshay Kumar, Vidya Balan and Shiny Ahuja. The new one features Kartik Aaryan, Kiara Advani along with Tabu, Rajpal Yadav among others. Directed by Anees Bazmee, it is slated to release on May 20, 2022.