Kiara Advani and Kartik Aaryan are extensively promoting their upcoming film Bhool Bhulaiyaa 2. The film directed by Anees Bazmee is all set to hit the theatres on May 20. The film also stars Tabu and Rajpal Yadav in pivotal roles and there is a strong positive buzz around the film ahead of its release. 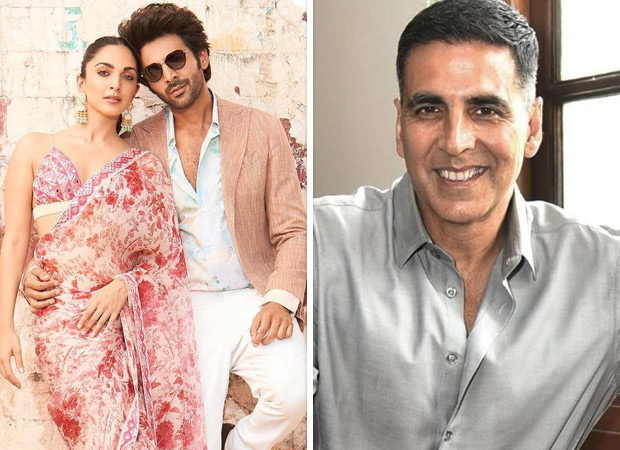 Bhool Bhulaiyaa 2 is the sequel to the 2007 hit film Bhool Bhulaiyaa starring Akshay Kumar and Vidya Balan. The sequel has been made with a completely new approach with a new cast and different story. During a recent interview with Bollywood Hungama, Kiara was asked what is common between Akshay Kumar and Kartik Aaryan as co-stars. Responding to the question, she said, “They both have a great sense of humour both on and off screen.” Kiara had worked with Akshay Kumar in the films Laxmmi and Good Newwz.

Meanwhile, Kartik has been asked about comparisons with Akshay Kumar who had aced the role in Bhool Bhulaiyaa which was a remake of a hit Malayalam film. “I can't compare with him. It's too big a shoe to fill in. I had loved him in Bhool Bhuliayaa. I have grown up watching him, we all have. So, it's better if we do not do that comparison. I love him as an actor. The title and some other elements from that world are nostalgia-inducing but apart from that we have attempted a completely new approach. I hope people will love the world we have created in Bhool Bhulaiyaa 2. Hope people remember Bhool Bhulaiyaa 2 as a completely new film," he had said when asked about the comparisons during the trailer launch of the film.