ZEE5’s web series The Chargesheet - Innocent or Guilty is on to become the most binge-worthy shows out there. The trailer of the show has already given a glimpse of how Shiraz Malik’s (the character played by actor Shiv Panditt) career was cut short in his prime when he was shot dead. It covers the scandal surrounding the murder of a National Table Tennis Champion which attracted worldwide attention in the most gritty manner. 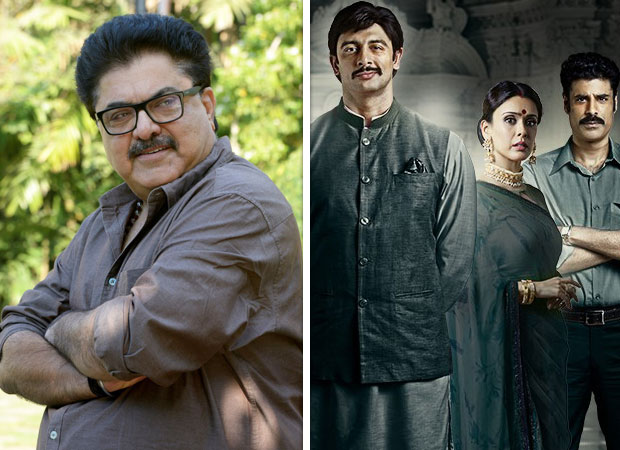 Speaking exclusively to producer Ashoke Pandit on how he decided to make a mystery based show, "The show has been written by Priyanka Ghatak. Both she and I have been working on this project for almost three and a half - four years. It is a very interesting murder mystery. It really has lots of turns and twists. We had to do a lot of groundwork on it. It, finally, shaped up really well. Priyanka, who has written the story, screenplay, and dialogues of the show, and then we approached Zee5. Tarun, with the kind of vision he has, immediately approved it. Then, we went on the floor."

"It has received 8.4 ratings already. Everyone on the show has performed really way. Shashant Shah, who has directed the show, has done a great job. Fortunately, for all of us, we had a good team of actors and technicians on board.  Arunoday Singh, Shiv Panditt, Sikander Kher is a big surprise package in this. He has done a brilliant job as a CBI officer. All the actors including Satish Kaushik, Kishore Shahane, Ashwini Kalsekar has done a good job. The casting has lived up to its expectations. They are all brilliant actors. Mukesh Chhabra has done casting for the show. Even a person who comes for just one scene leaves a good impression. Mukesh has really worked hard on the casting."

On the technical side, we have Santosh Thundiyil as a cameraman and cinematographer. Salim - Suleman have done the background score. This is their first web series that they have composed for. They have huge baggage of great work. Shakti is a brilliant editor. So, as a producer, we got all the brilliant technicians and actors today. Shashant Shah, who earlier did an interesting series for The Verdict, has done a brilliant job. We went all out. It is not because it is my child. My co-producer is Roshan Kanal. We went all out and we shot in Lucknow, we shot in real locations. The entire shoot is outdoors. The way we exposed Madhya Pradesh and UP and the sets we created we only for the court which was set in Mumbai. Because it is also a courtroom drama. The story is based on relationships, it has the political inclination to it, courtroom drama. So, it is very rare you find all these elements in one story. "

When asked how does one keep up the story interesting when it comes to mystery shows that keeps the audience hooked to screens, "It is a challenge nowadays for makers as audience has no patience. Everything as come on your palm. You are watching series on mobile phones now. The audience has the option to shift and it is not like you are sitting in a theatre. You have an alternative now on OTT platforms. It is a very big challenge for the makers to hold onto people's attention on your show. So, every connecting scene and entire screenplay, entire dialogues and performances have to be so crisp that you are not allowing the audience to shift their focus on other platforms to watch something else. That was the biggest challenge for us as this is the first web series of mine as a producer. What I did was I got the best possible team to work on it. It is teamwork basically who are brilliant in their departments. I can't go wrong in that particular thing."