Actors Ajay Devgn and Kajol will be reuniting on screen after 10 years for the upcoming film Tanhaji:The Unsung Warrior. The real-life couple will be seen portraying the role of Tanaji Malusare and Savitribai respectively. However, ahead of the theatrical release of the film, another reunion took place when Aamir Khan joined the duo for a special screening of the film. 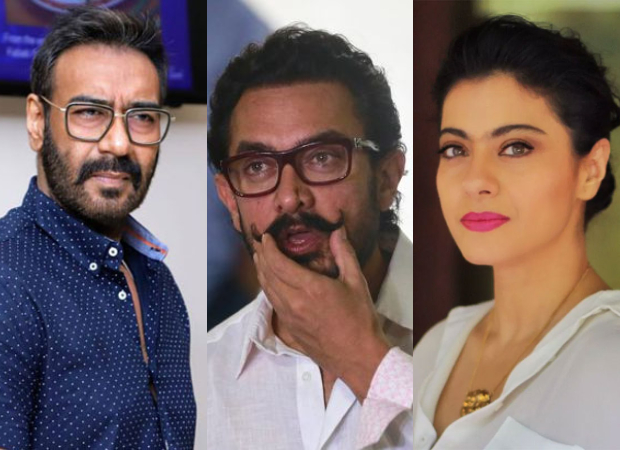 Aamir Khan, Kajol and Ajay Devgn have worked together in the 1997 film Ishq. Tanhaji: The Unsung Warrior is also special as it marks Ajay Devgn's 100th film. The Singham actor took to Instagram to share a video, which is a compilation of three pictures of Aamir Khan attending the screenings of his film. Calling Aamir Khan his lucky charm, Ajay Devgn wrote, "Golmaal Again, Total Dhamaal and now Tanhaji. With our lucky charm @_aamirkhan." Aamir Khan too praised Ajay by calling him a "great guy".

Tanhaji: The Unsung Warrior is directed by Om Raut and will star Kajol, Saif Ali Khan, Sharad Kelkar, and Luke Kenny. The film is slated to hit the theatres on January 10 and will clash with Deepika Padukone's film Chhapaak at the box office.