Kapil Sharma has sure started the year on a high note. He got married in December with his childhood sweetheart Ginni Chatrath and also launched his new show. After taking a yearlong sabbatical he is back to entertain us with his humour on the small screen. The first episode of The Kapil Sharma Show 2 was a hit amongst his fans as Ranveer Singh appeared on the show with Sara Ali Khan and Rohit Shetty. The episode was total dhammal and the promos of next episode are already getting us all piqued with excitement. This time around, Salman Khan will come on the show with father Salim Khan and brothers Arbaaz and Sohail Khan. It will be interesting to get a sneak peek into the Khan-daan and witness their interpersonal equation on the first hand basis. Salim Khan, in the recently released promo, revealed why he felt Arbaaz should have been killed instead of Salman in the movie Hello Brother. 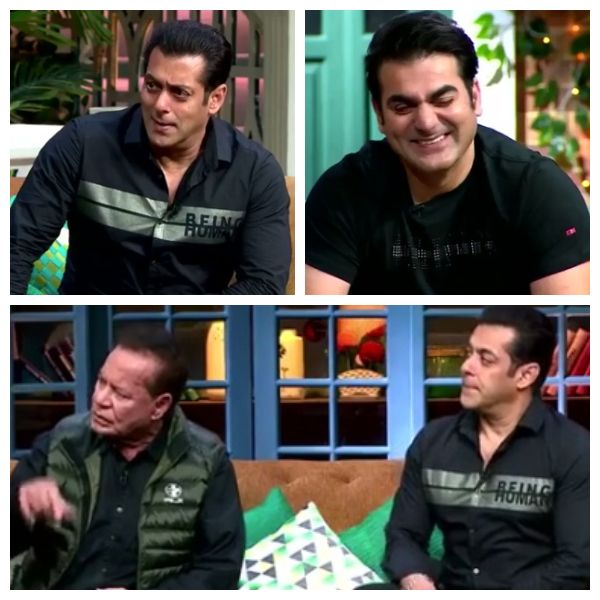 He very bluntly explained that people wouldn't have felt that bad if Arbaaz would have been killed instead and that led to brothers burst out in laughter! Check out the promo below.

A post shared by Sony Entertainment Television (@sonytvofficial) on Jan 3, 2019 at 6:05am PST

On work front, Salman is working on Bharat which is his dream project. The movie is a Hindi remake of Korean film Ode To My Father and it stars Katrina Kaif, Sunil Grover and Disha Patani in important roles. The movie has all makings of a blockbuster.