Millennium superstar Hrithik Roshan is well-known to have a give and take rapport with everyone on the sets. The actor is extremely co-operative and supportive when it comes to his co-stars and this is what his co-actor Amit Sadh has to say about working with Hrithik in the forthcoming release Super 30! 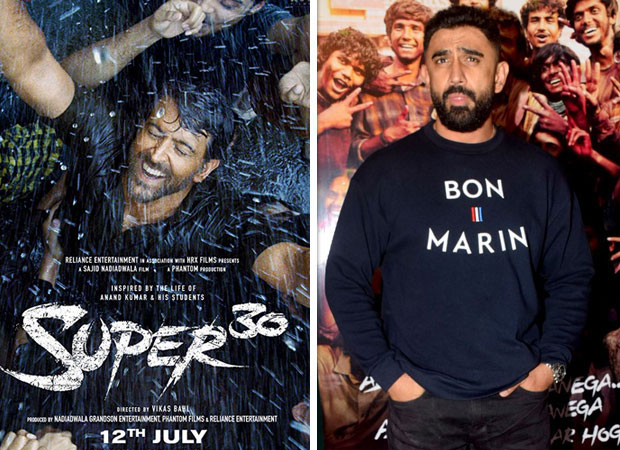 In a recent chat, Amit Sadh spoke about his experience of working with Hrithik Roshan saying, “Everybody works hard, but what differentiates Hrithik is that he is giving as an actor and takes care of his co-star during a shot. You feel a sense of positivity with him”. Amit will be essaying the role of a journalist in Super 30.

This is not the first time that a co-star has appreciated Hrithik for being so giving and positive on set. Earlier as well, Hrithik’s Kaabil co-star Yami Gautam had mentioned that he is extremely selfless and meticulous about his work and he puts in his hundred percent to ensure that everyone is comfortable.

Right after the trailer launch, the star has garnered appreciation for his commendable acting and impactful dialogue delivery. Super 30 is the story of the triumph of the spirit and Hrithik will be reprising the role of a mathematician, Anand Kumar who trains students for IIT-JEE in Bihar. The movie also features Mrunal Thakur alongside Hrithik. Produced by Sajid Nadiadwala Film, Nadiadwala Grandson Entertainment, Phantom Films, and Reliance Entertainment, the film hits the theatres on July 12, 2019.

Also Read: “The boatman had the exact same life that I have” – Hrithik Roshan shares an anecdote from the shoot days of Super 30