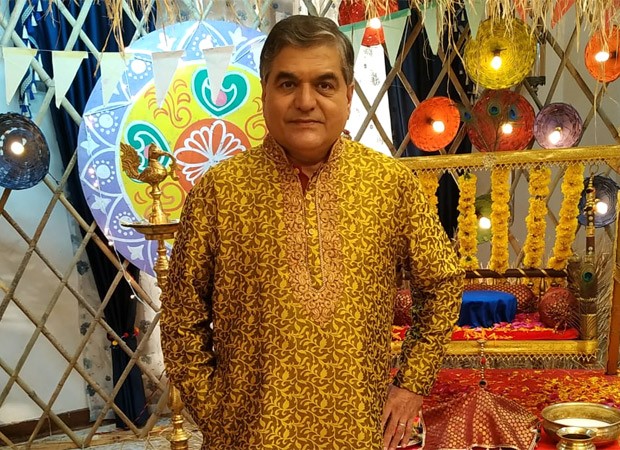 Shekhar said, "It’s a great feeling, I have been working here for 8-9 months since last July, so definitely I was missing work. Now I've been called back on the show. There were some health issues in the family so I had to take a break. Thus the story saw me going back to my hometown. For Samar's birthday, they've called me back. It was fun I shot for two days. I missed the set a lot. It felt nice to meet everyone on the set and now I am enjoying being with the team again.”

Shekhar also shared his way of portraying the humorous Mamaji in the show. “As I am from the theatre background, we do improvisations on the spot. For my character, I do a lot of improvisation and show it to the director. If the director likes it then we keep it if the director says stick to the script, I do that. When a writer writes a comedy scene they mostly don't know who's playing the character. If they know which artist is playing the character, it is easier because every comedian has their own style. As an artist I do some improvisation here and there,” the actor said.

Talking about the cast of Anupamaa, he adds, "I personally gel with everyone. I am Ajat-shatru, which means that I don't have an enemy. I am nice to everyone. In theatre, they teach you this as well. If I have a problem with anyone I make sure the performance doesn't reflect it. My nature has always been like this: I don't break/damage things with anyone. If I don't like it, I interact a little less with the person. But in Anupamaa's team, I have absolutely no problem with anyone. I enjoy a lot with everyone. My scenes are mostly with Baa and Bapuji. They are the nicest people.”

Shukla also shares the reasons for Anupamaa’s popularity, he adds,” If you see India's population 80% households will have Anupamaa like bahu who's facing the same issue. Every household has a huge fan base for the show. When I was not on shoot for 2 months I received thousands of messages asking Mamaji where are you? Did you leave Anupamaa? What is the problem? Please let us know if there's any problem. I received questions like these from the audience. To which I just posted that I have health issues in the family but I am coming soon.”

Shekhar is a veteran when it comes to his acting experience so whom does he consider his acting guru? “I started acting in 1981 so I have gurus who are in theatre. I started acting when I was studying in Mithibai college with intercollegiate competitions. Then I went on to amateur theatre and then to professional theatre. The stage has taught me a lot.”